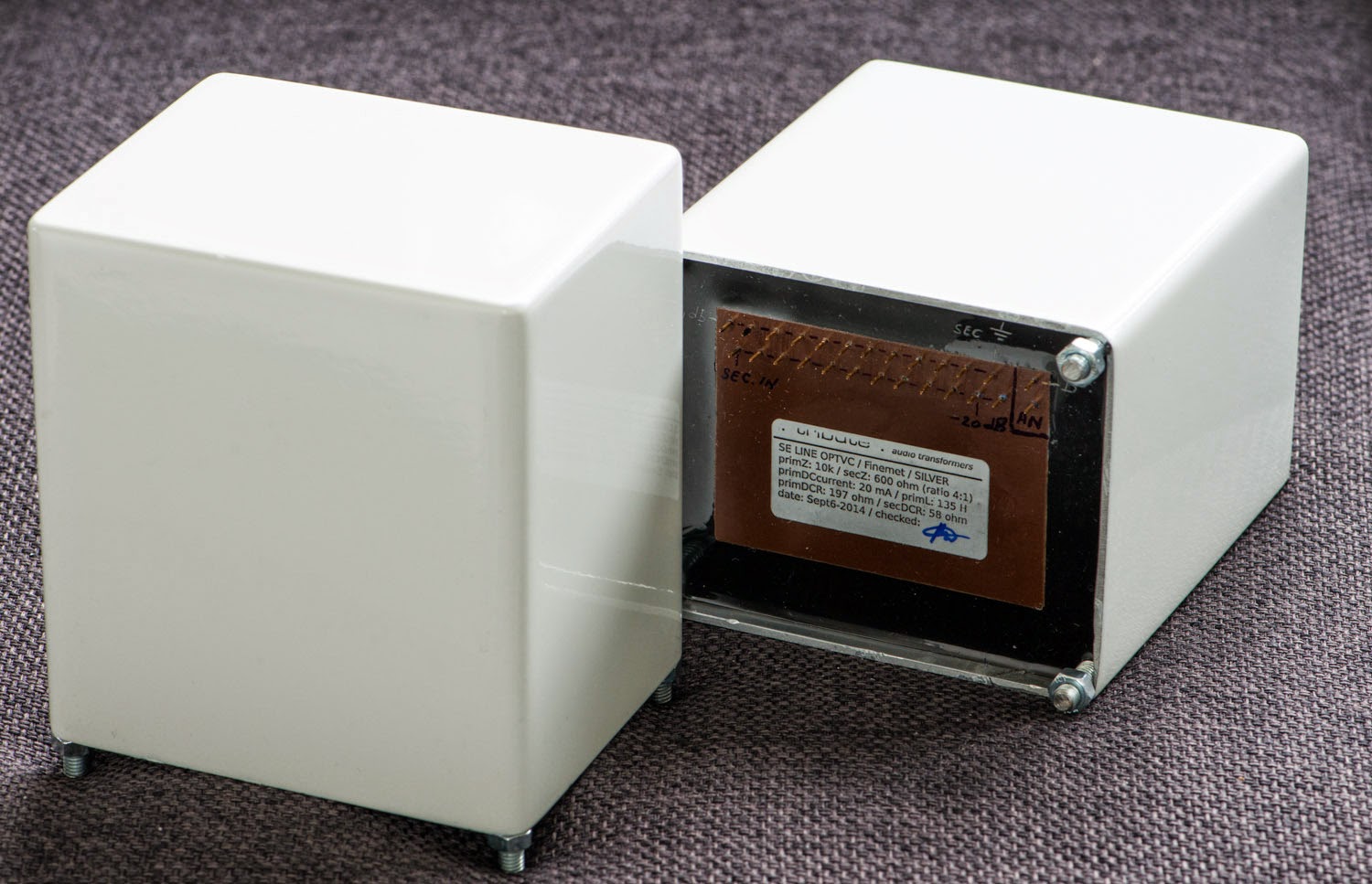 I think the 10Y line stage performs already on an extremely high level as is. No matter if equipped with Tribute OPTVC or a combination of Lundahl line out transformers and Intactaudio AVCs (auto former volume control). Several versions of the line stage have been built with both and they work nicely for the people who use them. Yet occasionally I am asked if it is possible to even improve on this. One result of such a request was the differential 10Y preamp. The other possibility is to use silver windings in the transformers. 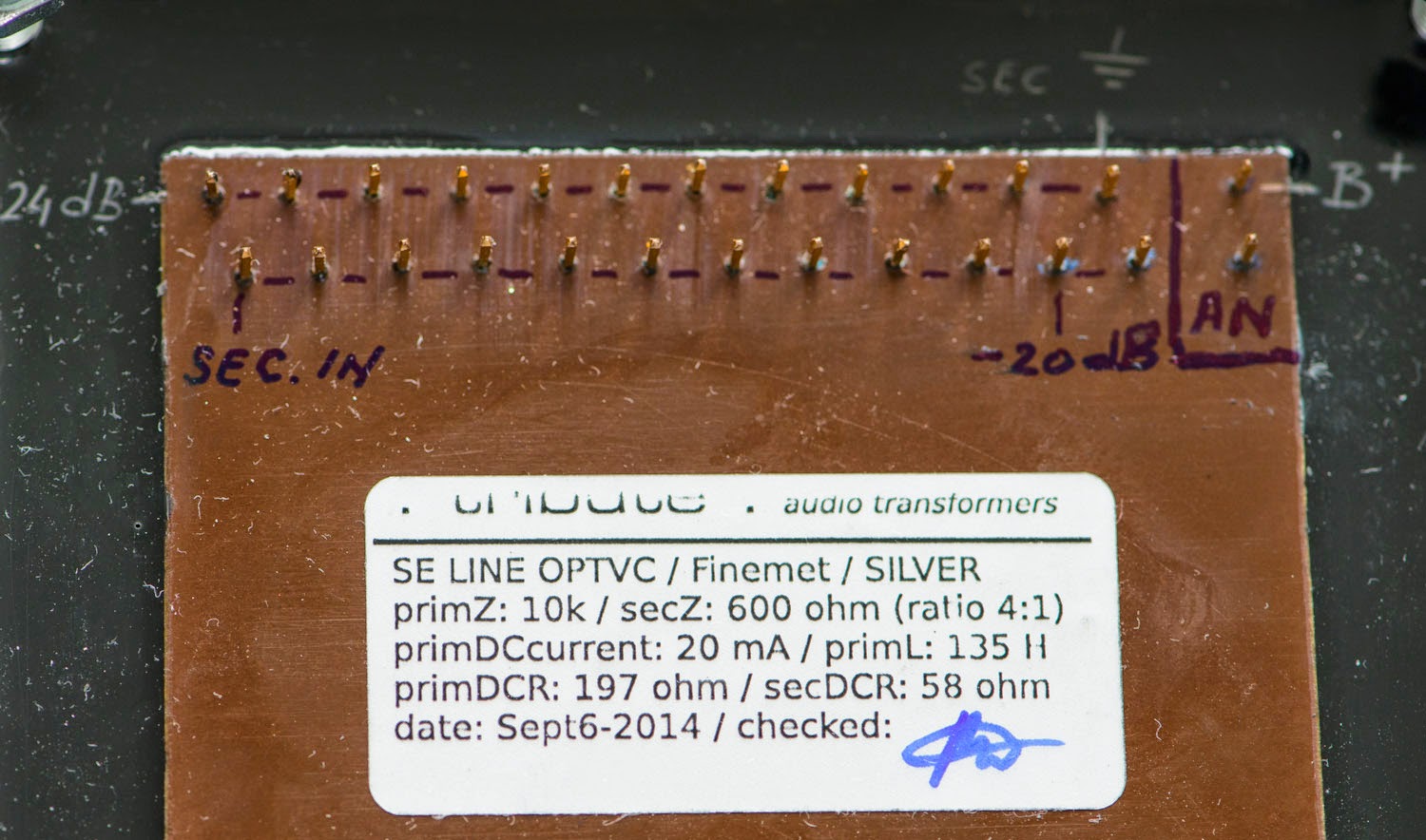 So I commissioned a pair of silver wound line output transformers with TVC secondaries (dubbed OPTC) to Pieter Treurniet. Besides silver these also use a nano crystalline core material called 'finemet'.

The cases also got a special finish in metallic white, which was applied by the paint shop who treats my transformer covers. 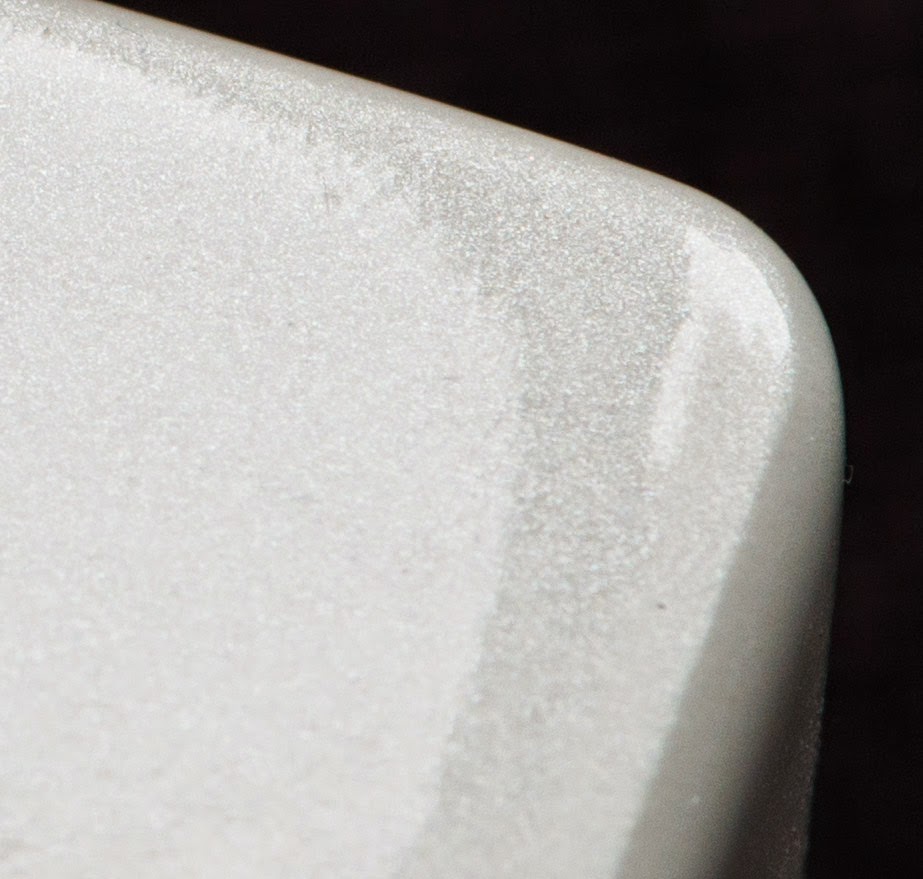 Stay tuned for updates as the assembly of this over the top version of the line stage progresses.

Thomas
Posted by VinylSavor at 12:39