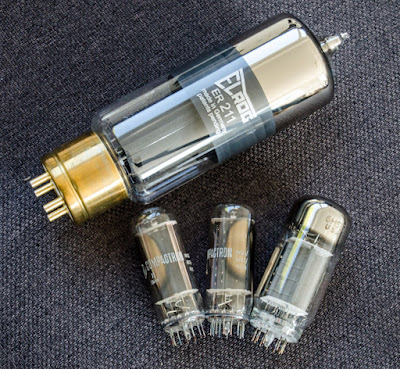 The 211 mono blocks with 6HS5 driver are currently my entry level version in terms of 211 amplification. Although the design of the previous version received a lot of praise, I need to redo it since I am running out of stock of the capacitors used. The capacitors were mounted on the top of the amp and were a major part of the visual look of the amps. 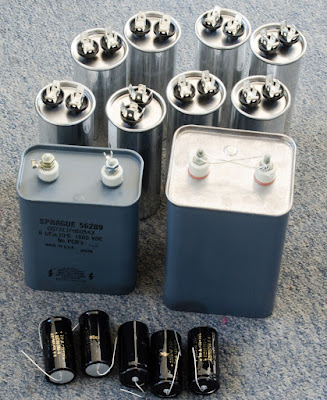 The new version uses the caps shown above. This is a mix of caps which are not easily arranged on the top of the amplifier chassis. So instead I decided to place almost all the transformers on chokes on the top and move the caps inside. This heap of iron needs to find a space on the amps: 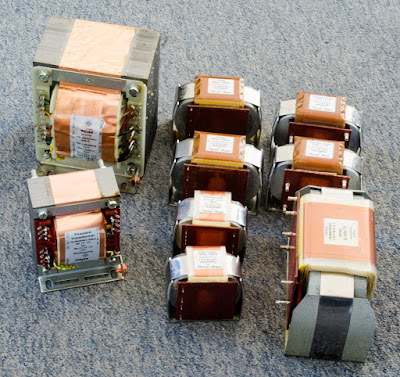 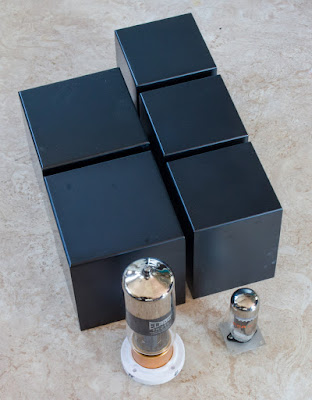 The 120mm covers are now also available in a version which is higher, just as high as the 150mm covers, so a uniform look can be achieved if they are combined. 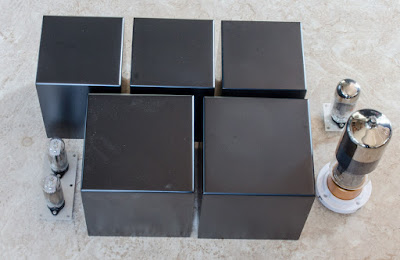 The metal pate for this has been designed already: 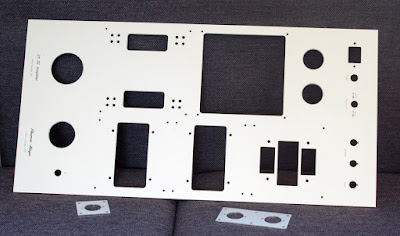 The two small plates are for the mounting of the sockets of the 6HS5 driver and 6CG3 rectifiers. The assembly of the amp will be shown in an upcoming post. Stay tuned!

Thomas
Posted by VinylSavor at 10:02