Today I'd like to show something completely different. My good friend Frank with whom I did a 78 rpm Shellac demo at last years ETF visited and brought a marvellous piece of equipment to play with. 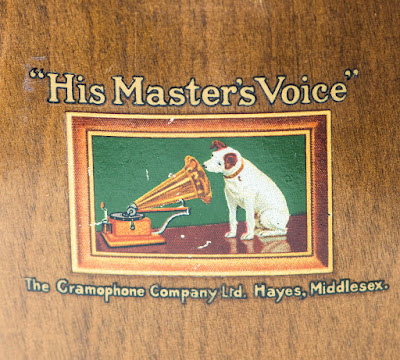 An 78 RPM record player for Shellacs, made by The Gramophone Company Ltd. in 1935. The player was named "His Masters Voice" and has the Nipper Dog logo prominently displayed on the side. 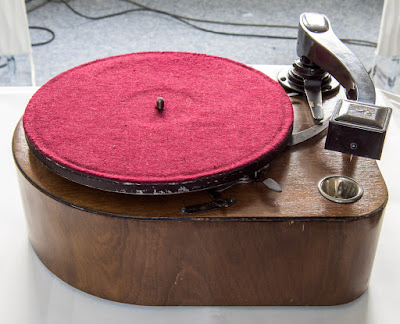 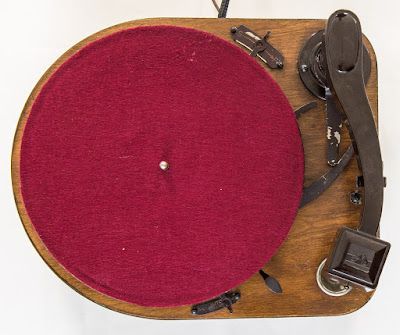 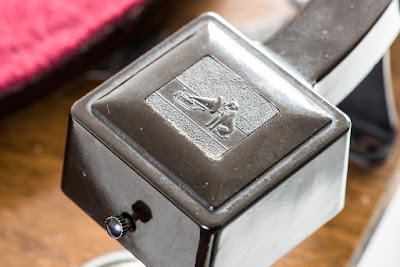 The screw at the front of the arm fastens the needle which needs frequent replacement. There is a small trough underneath the arm to catch the needle when the screw is unfastened: 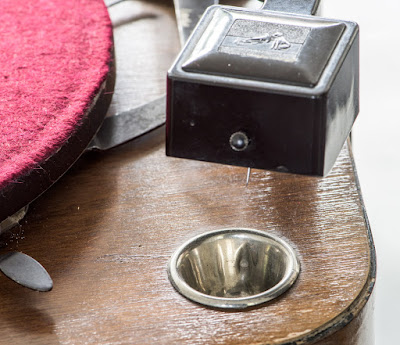 The inside with the motor: 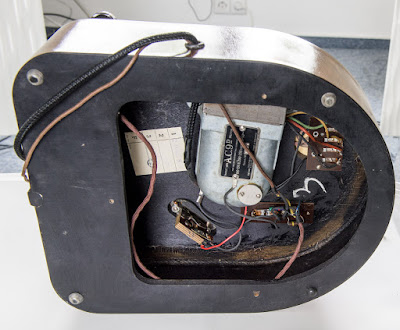 The mechanics beneath the platter: 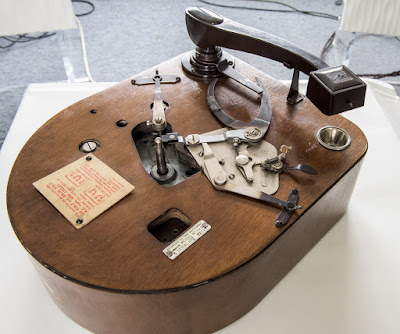 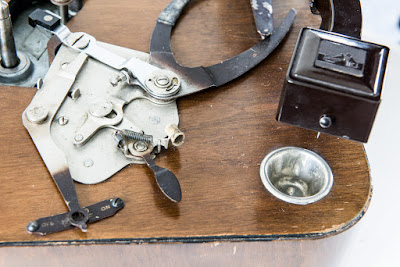 Frank also brought some shellacs from his collection to listen too. We started with a record from Rex Stewart on the label Amiga from 1947: 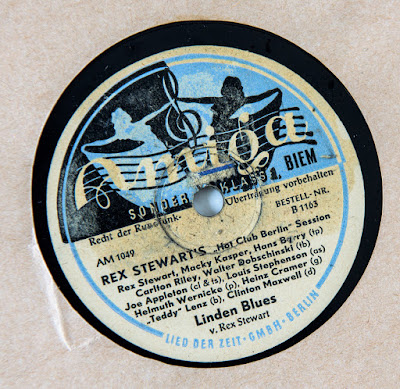 There was a concert planned 1947 in West Berlin. Due to a power outage they needed to find a new location and wound up in a Club which was located in the eastern part of the city. There several recordings were made among these the 'Linden Blues':

Next we played a record with Peggy Lee and Benny Goodman from 1942: 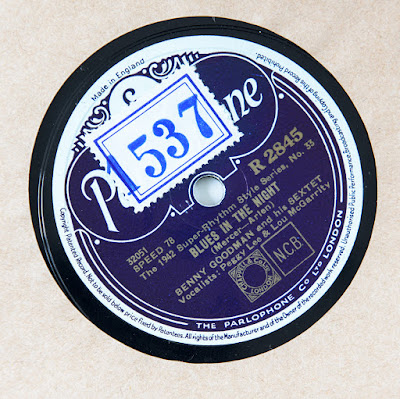 And this is how it sounds:


And finally a record from my collection. The Beggars Blues on Vocalion. A very old label, probably recorded in the 1920ies or 30ies! 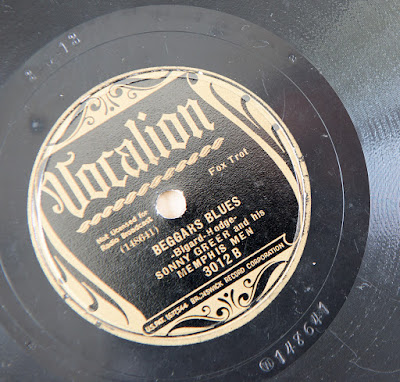 And a video which shows it playing on the HMV:

I hope you enjoyed this post about historic 78 RPM records. Thanks a lot to Frank for the fun session! 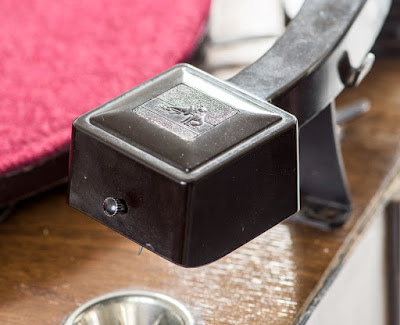 Email ThisBlogThis!Share to TwitterShare to FacebookShare to Pinterest
Labels: Shellac