The next module is finished, the passive unit with transformer volume control and input selector for line level signals. 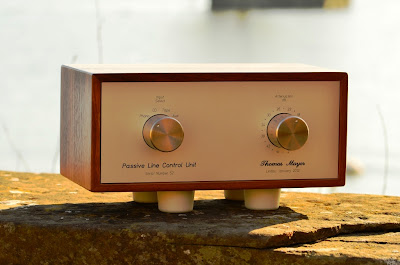 A bit more work to wire this one up compared to the MC transformer shown in the last post, but still a rather quick job. 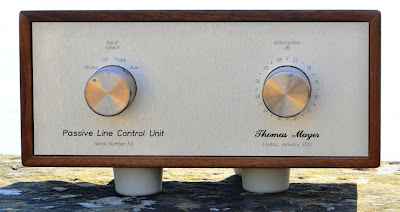 Slage autoformers are used for the volume control, ELMA switches for input select and attenuator. All wired up with solid core silver. 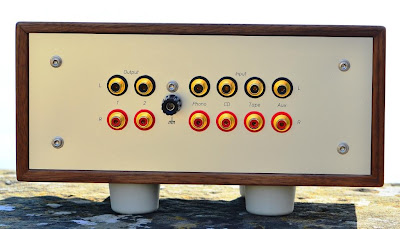 For best sound the autoformer needs to be driven from low output impedance sources like the phonostage modules which will be built to complement this modular system. Separate buffer stages will be used for sources which do not have the drive capability. The resulting sound can be tuned be using bufferstages with a specific sonic charactder to complement the source. For example a UX201A buffer stage for CD sources which have a tendency towards the harsh side.

The line control unit has the same size as the MC transformer: 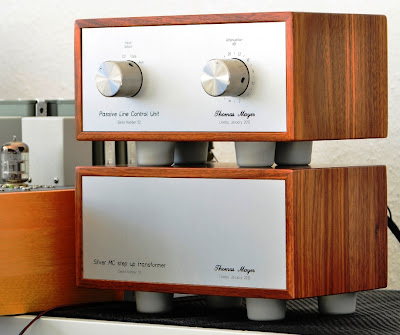 This unit is not to be confused with the usual passive resistive controls which tend to have a high output impedance and thus are influenced by cable parameters and input impedance of power amps. It will be used with low impedance sources of 300 Ohms and less only. So the worst output impedance will be 300 Ohms. Much less at lower volume settings. 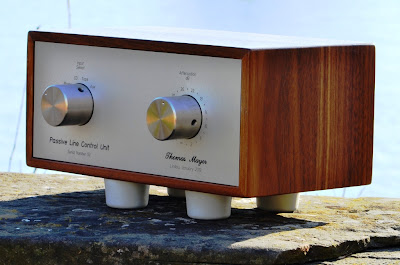 This approach will be helpful to experiment with all directly heated preamp stages and to see how far upstream DHTs will be practical. Starting with the output section of the phono preamp, mixing it with an indirectly heated input stage. Later also a DHT phono input stage will be added.

I also plan to build a linestage in this chassis style with input selctor and volume control built in. This will use one of the longer chassis shown in the previous post.

Thomas
Posted by VinylSavor at 17:41