I often hear people complaining about tube prices and how much better it has been in the old days when prices had been more affordable. I wholeheartedly disagree with this point of view. In fact I think we are in the best possible times when it comes to tube audio. While it is true that the prices of some overly hyped tube types skyrocketed, there are still a lot of dirt cheap tubes which are available in abundance as NOS. Thanks to the internet it is easy to find suppliers for such tubes and data sheets of even the most obscure types are just a few clicks away. I remember when I started to get into tube audio that it took me almost a year just to get the most essential tube data books.

Also the availability of other parts is gerat nowadays. Audio transformers are available in a larger variety than ever.  And there are new tubes still being made with the Elrog 300B being the latest introduction. 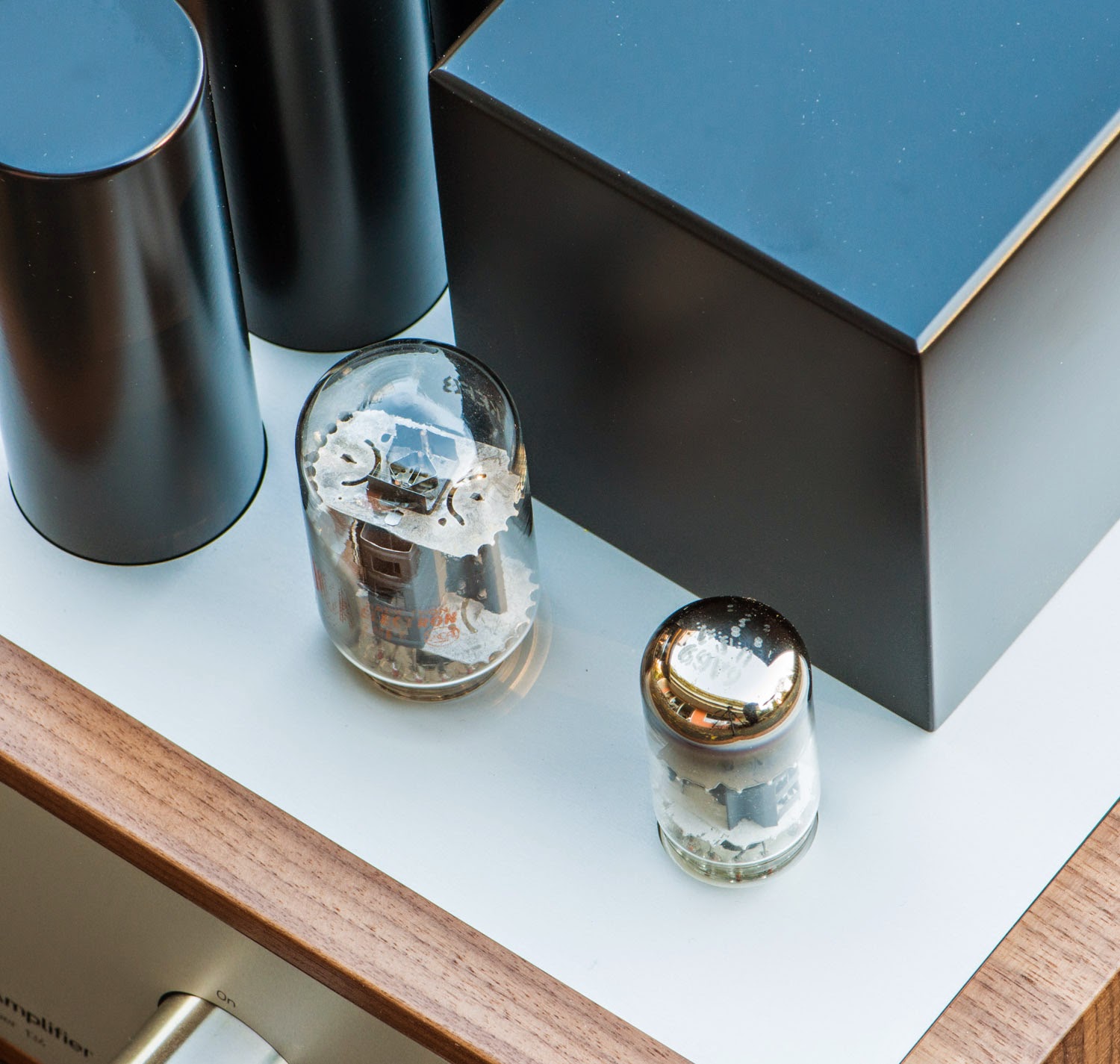 If you think some tube types are expensive, compare the prices of them from 40, 50 or even more years ago with inflation in mind. Suddenly even many of the highly sought after tubes appear not that expensive compared to the old days. But as mentioned above, no need to hunt for those mainstream tubes if you are on a budget. I already introduced the 6CB5A as a cheap alternative to the 300B and many amplifiers have been build with this tube. In the Tube of the month post about the 6GE5 I suggested that it could be used triode connected in 2A3 designs.

In the November Tube of the Month post I presented the triode section of the 6AG9 as a possible driver for a triode strapped 6GE5 in single ended mode. All that was missing is a suitable circuit. In order to evaluate the sound potential of these tubes I decided to not use the cheapest possible design but something a bit more advanced, with oil caps and interstage transformer coupling. Once the tubes have been proven to work as expected, simpler circuits can be explored as well as more elaborate ones.

In order to minimize variables, I decided to adapt a proven circuit which is known to sound good. So it will be just the tubes which changed. The circuit which I usually use with the 6CB5A could be adapted with minor changes. 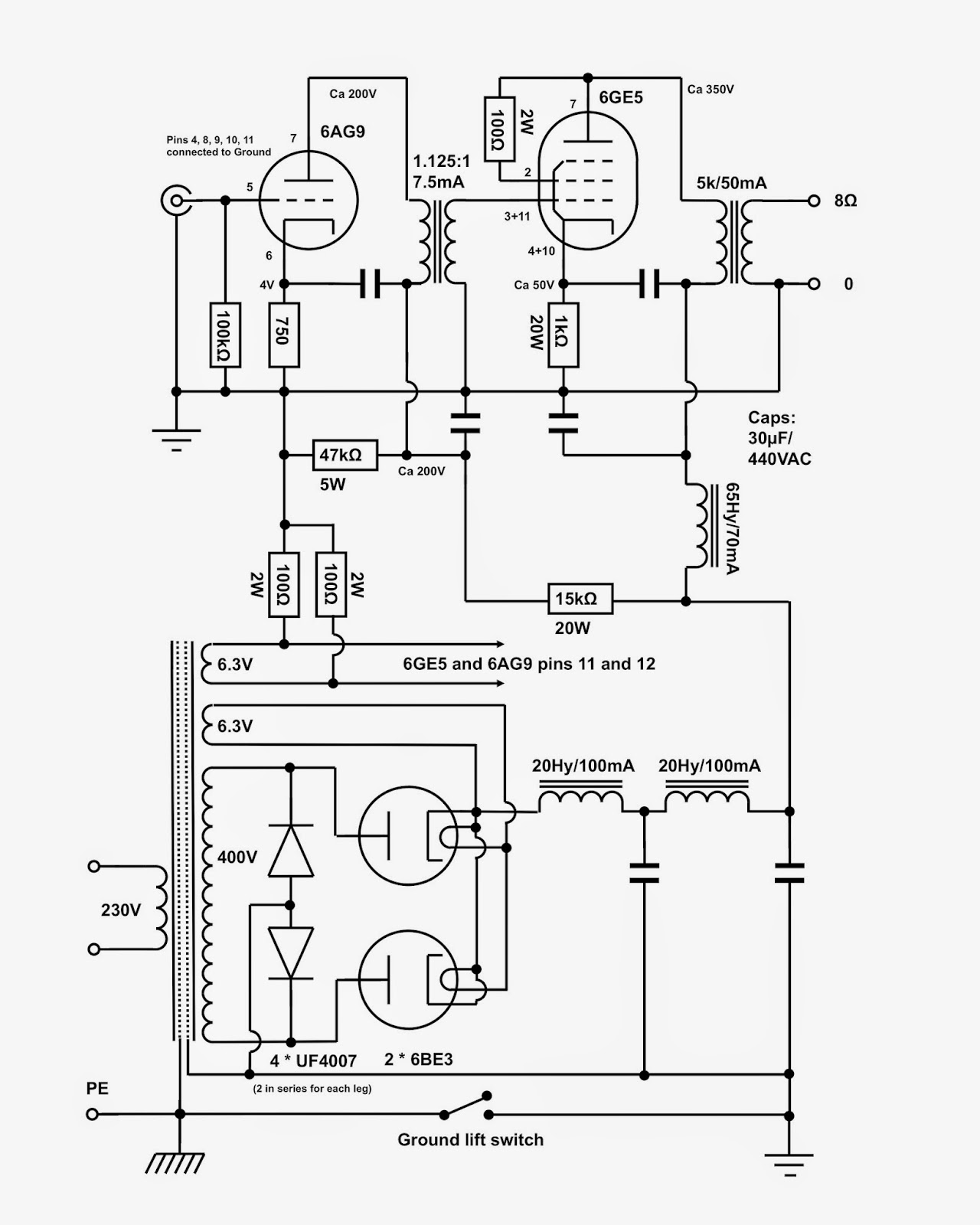 The same circuit description as in the article about the single ended amplifier concept applies, so I am not going to repeat it. The voltages are adapted to the 6GE5 and 6AG9. The output tube runs at about 50-55mA with 300V from plate to cathode, so about 15W plate dissipation. The driver operates at about 200V and 6mA. The power supply is basically the same as described in an earlier Making of a 6CB5A amp post. Read it for a description of the supply.

Just for the fun of it I decided to build two cute little mono blocks. So currents, choke and transformer ratings have been adapted accordingly. To stay consistent with the 12-pin compactron theme 6BE3 TV dampers are used as rectifiers.

The construction of the amps will be shown in the next part. Stay tuned!

I am making parts kits available for this design, both for mono and stereo versions.

Thomas
Posted by VinylSavor at 00:01