It has become a tradition that a shootout is organised at the ETF. Each year the organisers choose a topic and anybody can enter the contest. In the past the shootouts had for example been between phono stages, tweeters, line stages, etc. This year the contest was between different power supplies for a line stage. 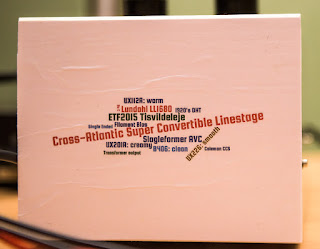 The line stage was built by Bjorn. It is a unit which can be adapted for different directly heated triodes. For the shootout it was configured for the 26. 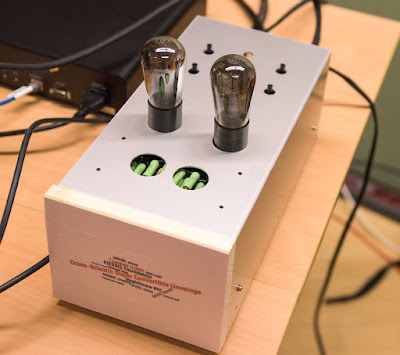 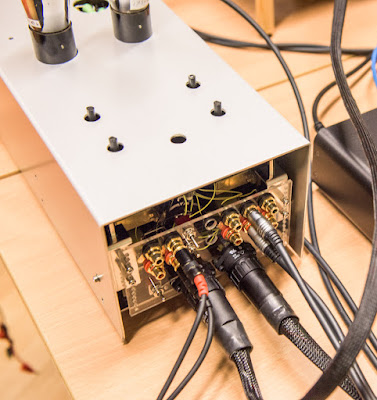 The shootout was organised such that in each round two contestants get compared. PSU A and PSU B. The comparison was done with two different tracks with different kinds of music. First a track was played with contestant A. Then the ams track with B. Then a new track was played with B and the same music with A. So the comparison scheme was A-B-B-A. 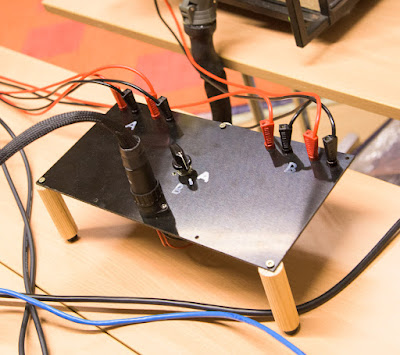 A switch board was built to select between the two power supplies. Dummy resistors got switched in for the unused PSU so they had always been loaded. 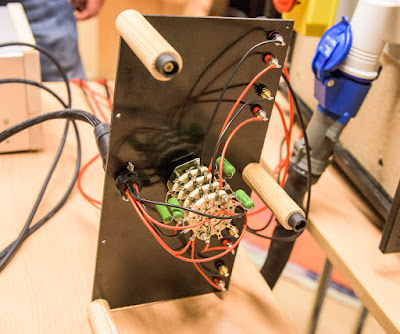 After the A-B-B-A sequence the audience was asked to vote for the power supply they favoured. The winner of each round will enter the next level which will be held tomorrow. This will be continued until the final winner is determined.

Here some photos of the contestants: 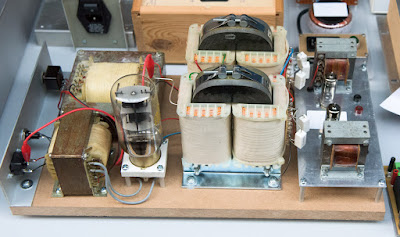 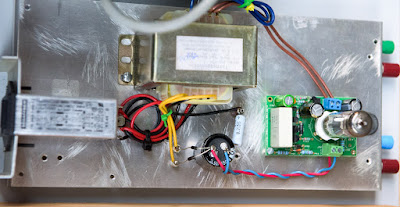 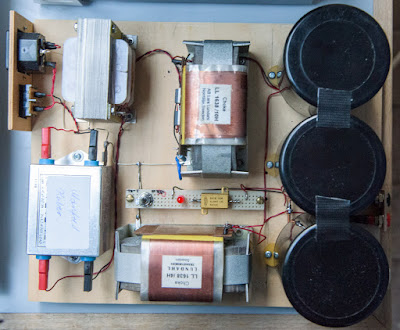 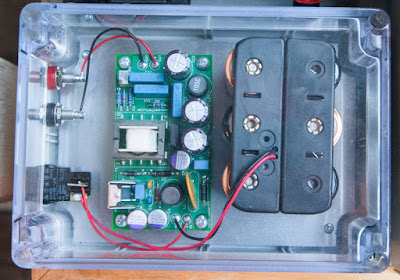 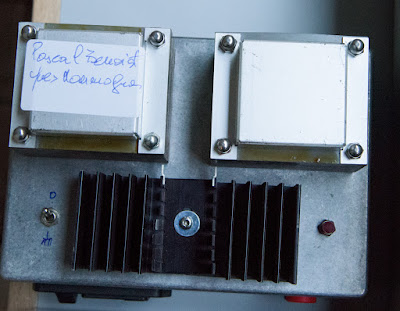 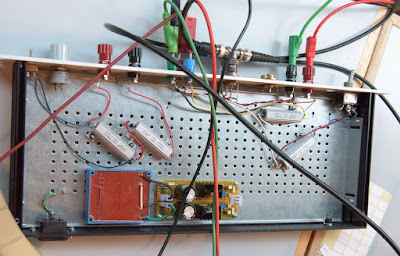 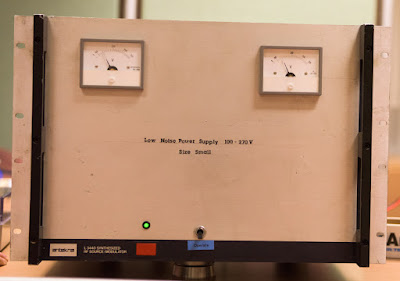 As you can see there is a big variety of different concepts and styles. With tubes, with Semiconductors. Actively regulated, passive only. Big and heavy, small and light weight. No restrictions were given unless the technical specifications set forth have been met. This was checked beforehand through measurements: 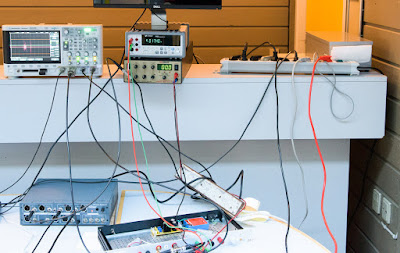 Two of the contestants stood out because of the creativity and visuals. The first one by Dave Slagle. 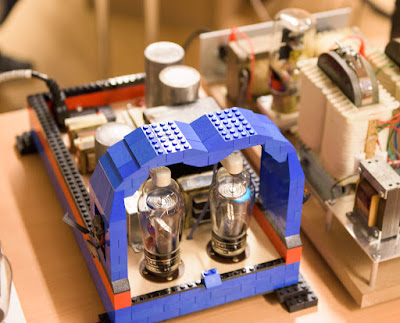 What could be more suitable for a shootout at the ETF in Denmark than using a chassis made of Lego bricks? 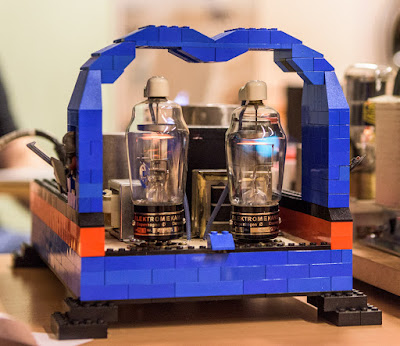 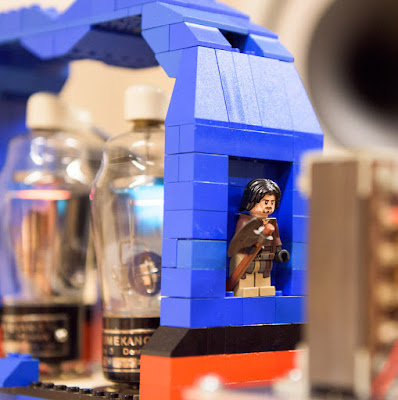 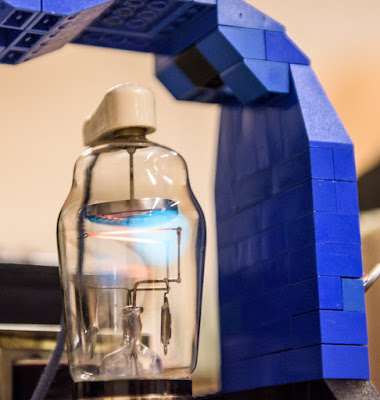 And using mercury vapour rectifiers which were made in Denmark! 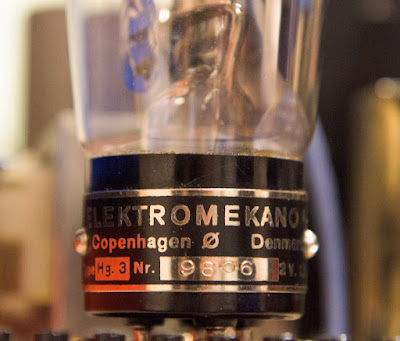 This piece of equipment perfectly represents the spirit of the ETF. To not take things too serious. Bring in a lot of creativity and knowledge and share this with everybody. And most importantly have fun.

Next a stunning piece built by Frank Blöhbaum: 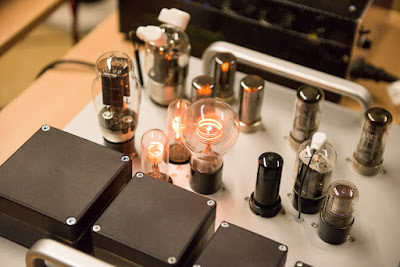 He uses some beautiful voltage stabiliser tubes made before WWII by Philips (type unknown). In the larger one the glow is moving while the tube operates. According toi Frank this is one of the best stabiliser tubes ever made. 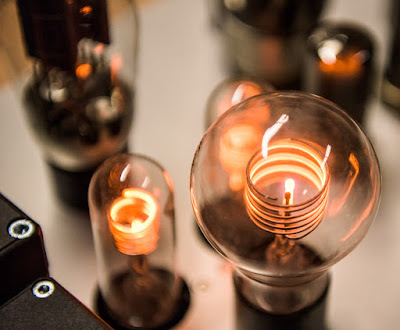 Here you can see it in action:


Both thee beauties made it through the first round and I would not be surprised if the final will be a battle between those. but no matter what the outcome will be, there will only be winners at the end.

Here a short clip of part of the introduction given by the organisers:


To give an impression how this went, here some clips of one of the rounds. Contestant A with the first track of music:


Then contestant B with the same track:


Now contestant B again with the second track of music:


And finally A agin with the second piece of music:


And then the voting: 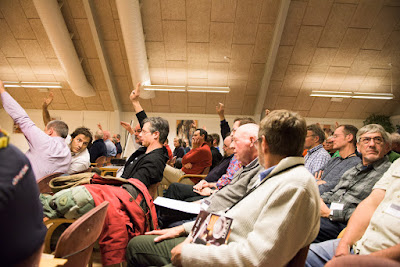 All in all a very well organised set up which helped to identify the differences which could be rather small at times. Looking forward to the second part tomorrow. 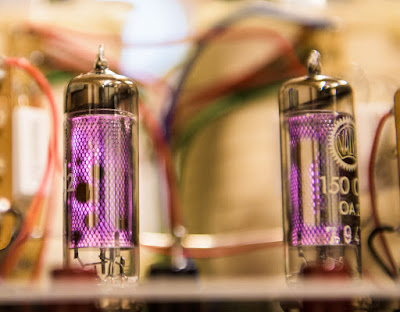 Thomas
Posted by VinylSavor at 20:51