Stereo 300B Amplifier in Tower Chassis

Here is a newly finished project. A new implementation of the Stereo 300B amp. 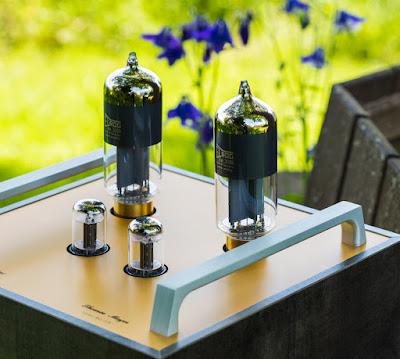 This is a similar implementation as the stereo 300B amp in portrait style chassis which served as the main amp at last years High End demo. 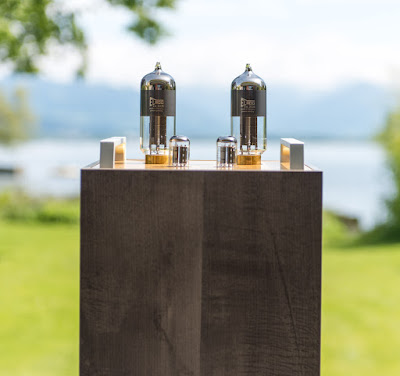 Like the portrait version it is split into 2 chassis. 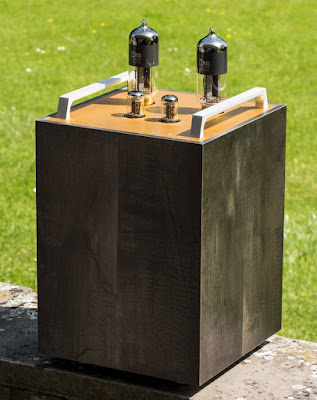 I always prefer to go for a separate power supply rather than mono blocks. 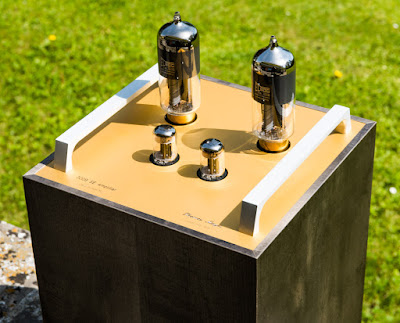 This allows for a healthily over designed power supply rather than two wimpy ones which need to be sized to fit into the chassis with the amp. 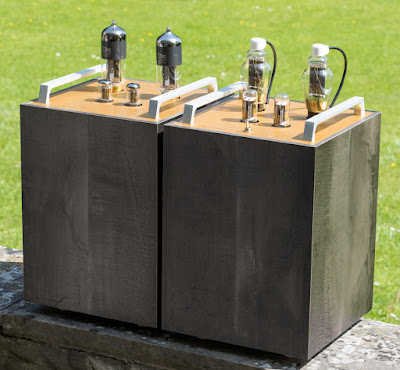 Since the tower chassis offers more space this version received some upgrades compared to the portrait style amp. 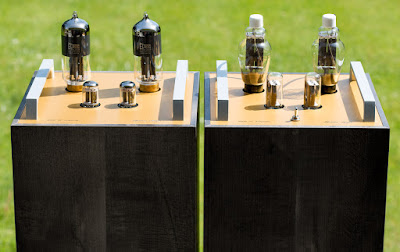 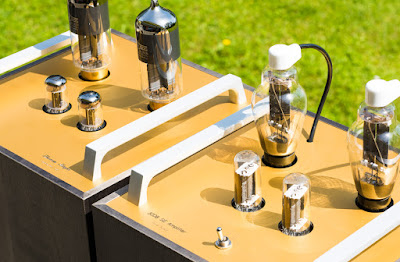 The power supply uses a hybrid rectifier set up with two 836 and two 6AU4 tubes. 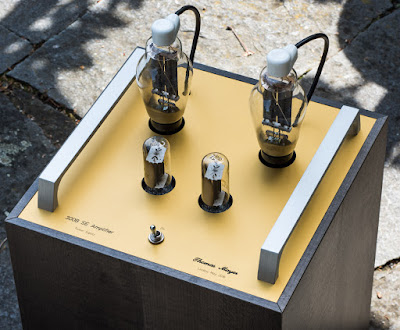 The driver tubes are 6SN7 as in the portrait version. 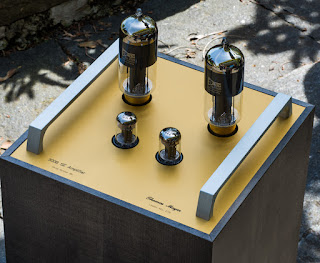 The large chassis allowed for a design with just the tubes on top and all other components inside. 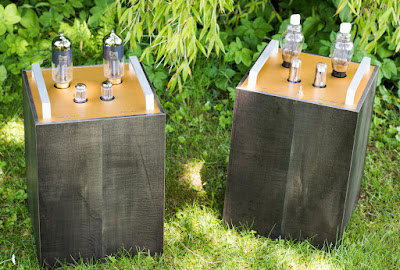 For this version a special type of veneer was chosen. 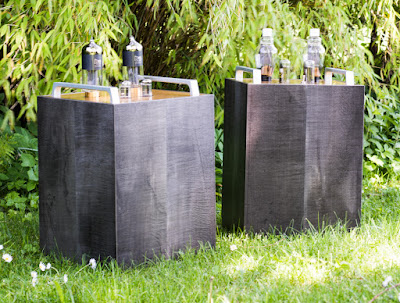 It is called 'maple carbon effect'. 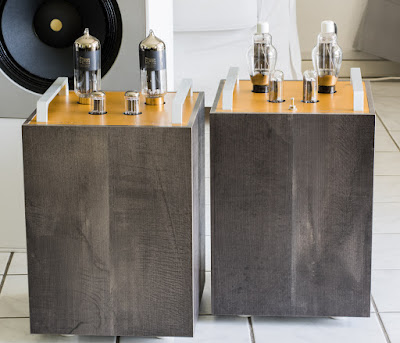 It makes a nice contrast with the gold coloured top plates. 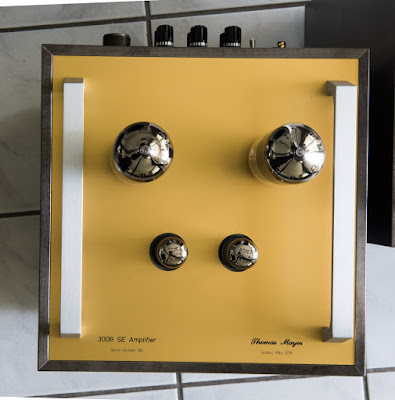 The veneer has an almost silver like touch which is nicely picked up by using silver anodised handles. 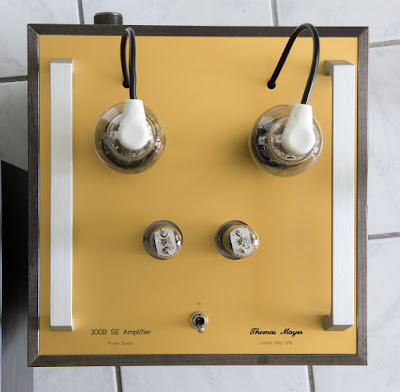 The upgraded interstage transformers and beefier power supply improved the sound quality by a distinctive step over the smaller portrait style amp (which is already very good sounding). 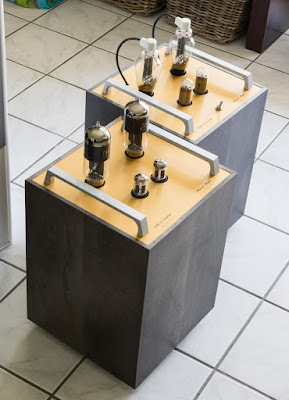