News from the ELROG tube factory 5

Another update from the tube factory. 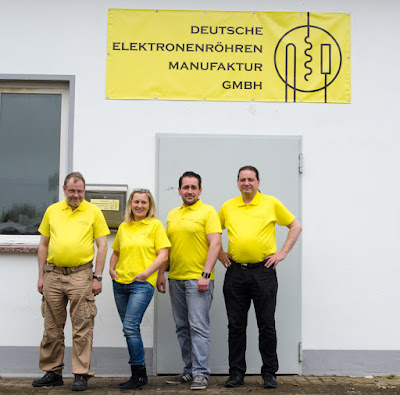 First I'd like to introduce the team of Deutsche Elektronenröhren Manufaktur GmbH. From left to right: Matthias, Olena, Martin who joined us in March and myself.

In the last update I showed some teaser photos of the new tube type which we were working on. Some of you guessed correctly that it is a rectifier. Just on time for the High End fair the first production samples of the ER274B rectifier got finished. 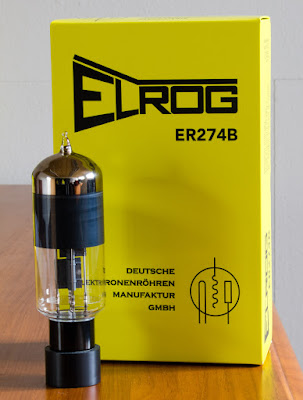 This rectifier will be released with Octal base as ER274B and with UX4 base as ER274A. The photo above shows the tube still without printing on the glass. The first production batch will get stamped in the next days for the first public appearance at the High End show in Munich. 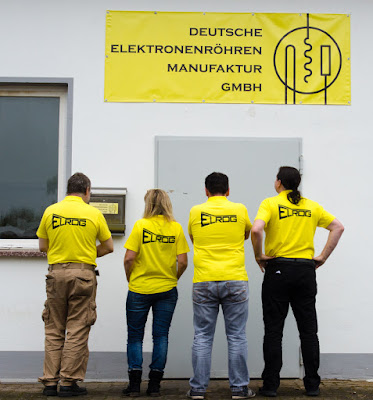 Email ThisBlogThis!Share to TwitterShare to FacebookShare to Pinterest
Labels: 274B, ELROG