News from the ELROG Tube Factory 10

Here are the latest news about the ELROG tubes. 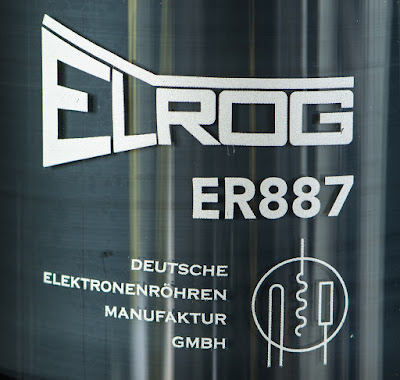 As last year we will use the High End show in Munich to launch new types. 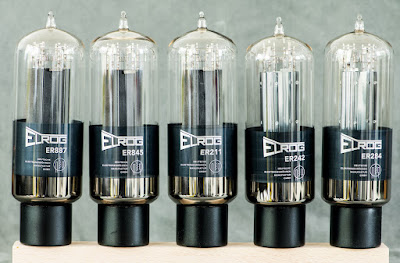 Above the big boys. On the left our latest addition to the portfolio the ER887. More about this tube later. Then we have the well known ER845 and ER211 in their latest 'inverted' constitution style which we introduced last summer. And on the right the molybdenum versions of E211 and ER845, the ER242 and ER284. 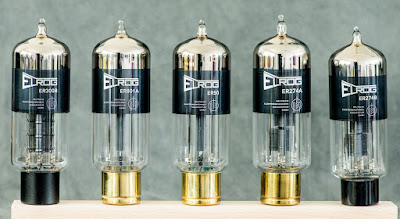 Then we have the smaller ones. The well known ER300B, followed by ER801A and ER50. Development of those new tubes took longer than estimated. Since the announcement of those almost a year went by. But we are finally starting to ship them. And lastly the two versions of the 274 rectifier, the UX4 based ER274A and the Octal based ER274B. This brings the total number of ELROG tube types to 10. 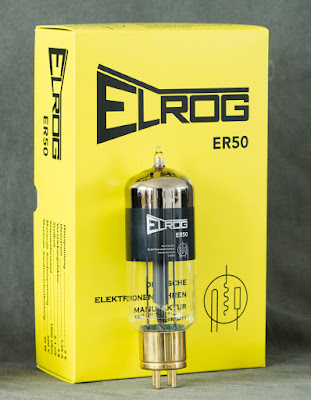 What was initially planned as a derivate of the 300B turned out to end up in a complete new development with new plate and filament structures. 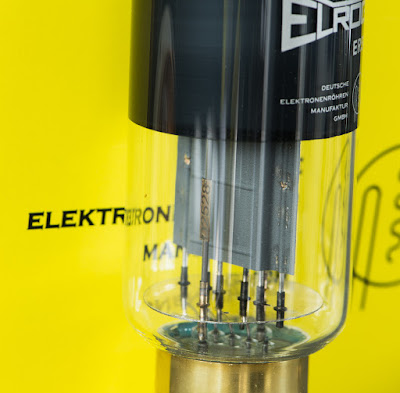 Several new versions got cooked up after the initial prototypes to get the parameters as close as possible to the originals. A review of early 801A prototypes was published on the Bartola Valves site. 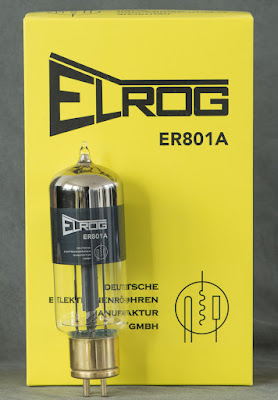 Since demand of the regular tubes is typically higher than production capacity, doing these developments in parallel took a long time. Thanks to all who are patiently waiting for their tubes. Please bear with us some more weeks until we are able to ship all open orders. 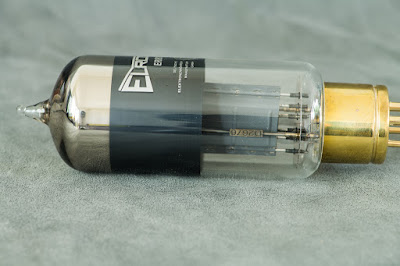 The tube production reached a good maturity level and we plan to take the next steps to slowly increase capacity. Until that is reached the delivery times will remain long. 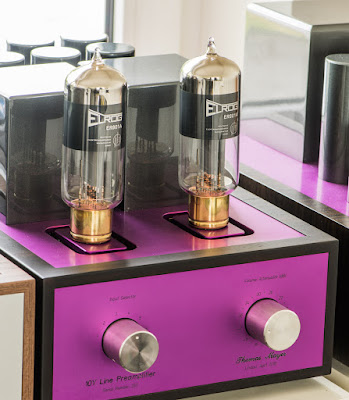 Above the ER801A in the line stage. It can be auditioned at the High End show along with the latest addition, the ER887. 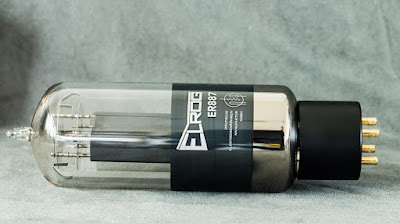 I will give more details about this tube in upcoming posts, here a photo of it in a new prototype amplifier which gives a hint about it's application: 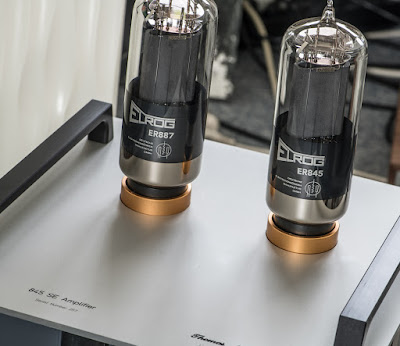 Visit us at the High End in Munich in room F231e to listen to these new tubes.

Thomas
Posted by VinylSavor at 15:31