Tube of the Month: The 6BY5

Many DIYers discovered that TV dampers are well suited for rectifier use and outperform most of the 'standard' rectifier tubes. Their main drawback is the need for two tubes for a full wave rectifier since they usually only come with one diode inside. There is one exception however: The 6BY5. 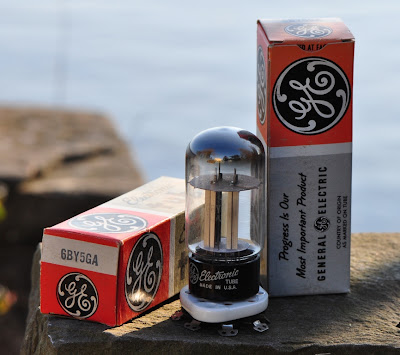 This tube has two individual diodes in one bottle. Common rectifiers have two plates and a common cathode while in the 6BY5 the cathodes of the two diodes are also separated, only sharing the heater. 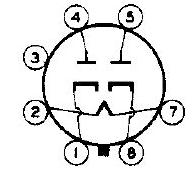 The 6BY5 has an octal base. It has a moderate heater current requirement of 1.6A. It is not as tough as other TV damper tubes since it has lower peak inverse voltage and heater to cathode voltage ratings. The original version 6BY5G was rated at a peak inverse voltage of 2500V. This rating is for TV damper service only. The Tung-Sol datasheet also states the peak inverse voltage for mains rectifier service at 1400V. This is the only case I know when a manufacturer also stated the value for mains rectification. Later datasheets dropped this value since they didn't want these tubes to be used for power supplies. They preferred to keep selling their more expensive rectifiers which were marketed for that purpose. 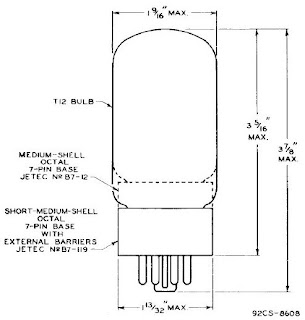 The 6BY5G was revised to the 6BY5GA which got an increased peak inverse voltage rating of 3000V for damper service. A similar derating can be assumed for mains rectification so the 6BY5GA is good for up to 1680V. Another important parameter which needs to be observed is the heater to cathode voltage limit which is about half that of other TV dampers like the 6AX4. This value is 450V heater negative with regard to cathode and 100V heater positive to cathode. It is important to keep these voltages below the limits, otherwise the tube will develop a short between heater and cathode. In a full wave rectification scheme with center tap on the transformer secondary, this can be easily done by connecting the heater to the B+. Simply connect one of the heater terminals to the cathodes. A separate heater winding is needed for this scheme. A single 6BY5GA can be used this way in power supplies delivering up to about 450V DC with choke input filter. Somewhat higher if a cap input filter is used.
So far I have only used the 6BY5GA type and not the 6BY5G because of the higher peak inverse voltage rating. A complete datasheet can be found here.
The 6BY5G comes in the older 'coke bottle' style. Here a comparison between the two versions: 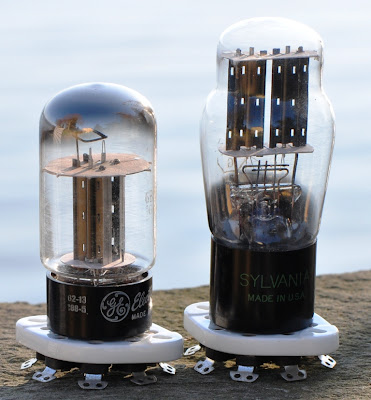 The 6BY5s unique feature of separate cathodes makes it attractive for full wave bridge rectifier schemes since only two of them would be needed to build a 4-diode bridge. However the rather low heater to cathode voltage limits restrict it's usefullness in full wave bridges. No matter how they get connected there would always be the case that in at least one of the tubes there is a voltage difference between the cathodes. Since the cathodes share a common heater, this voltage difference needs to stay within the allowed limits. Best would be to use a single heater winding and reference it to ground. This allows a bridge with 2 6BY5s to be used with transformer secondaries up to about 300VAC. Interesting for preamp power supplies or small power amps for example.

These close up photos show the independent diode structures of the 6BY5GA and 6BY5G: 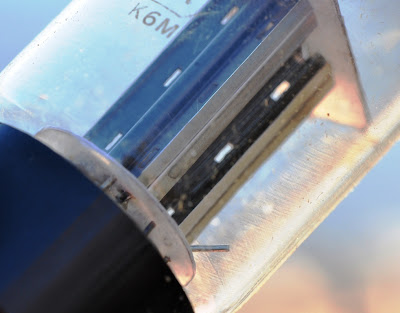 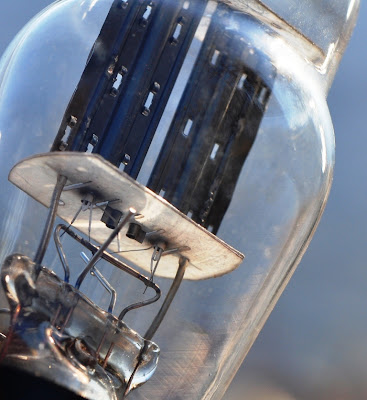 Photos of the upper mica supports of the GA and G versions: 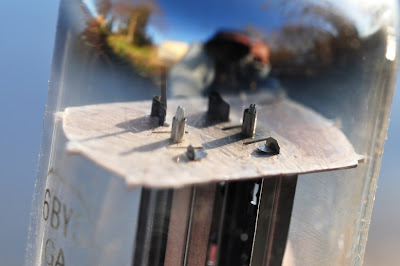 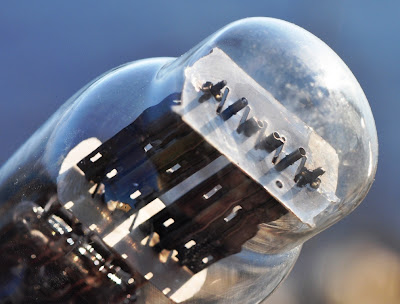 I already showed the use of this tube in the power supply of a 6CB5A amp in an article about the single ended amplifier concept. I plan to use two of them in a full wave bridge scheme as mentioned above in a phono stage supply which will be part of the modular preamp concept. 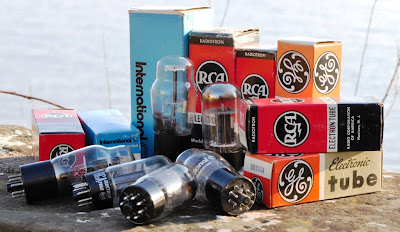 Email ThisBlogThis!Share to TwitterShare to FacebookShare to Pinterest
Labels: 6BY5, Tube of the month