Making of a 45 amplifier

In earlier posts I already showed various single ended 45 amplifiers and also the assembly process of a version with directly heated driver and it's power supply. This article details the assembly of a 45 amp with indirectly heated dirver triode, namely the 6A6, a predecessor of the 6N7. 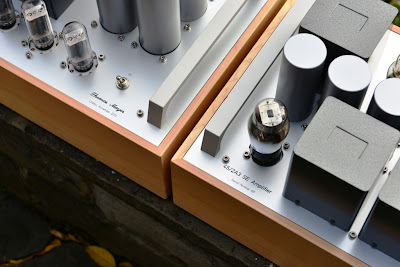 The circuit of the amp is similar to my 46 amp but with external and more elaborate power supply and Tango interstage and output transformers instead of Lundahl.

The metal plates with sockets, connectors and switches mounted: 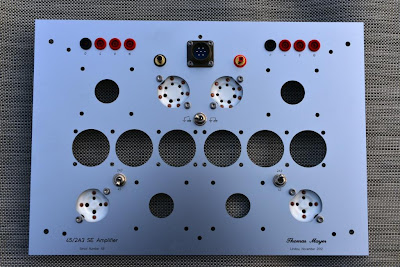 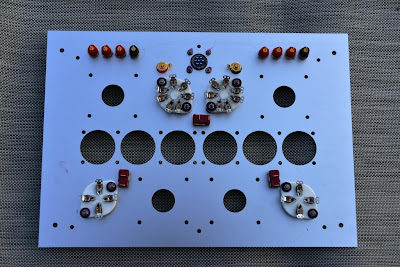 The two switches near the output tube sockets configure the amp for use of either 45 or 2A3 tubes. The one in the middle is the ground lift switch. 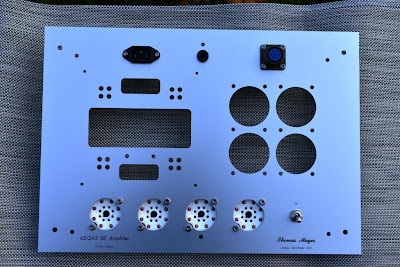 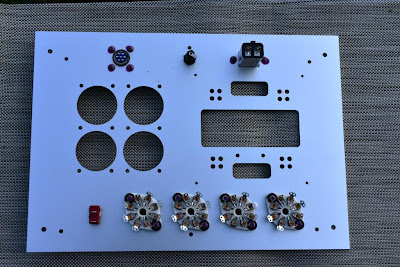 Then the plates get mounted into assembly jigs for the next steps. amp section with capacitors, interstage and output transformers added: 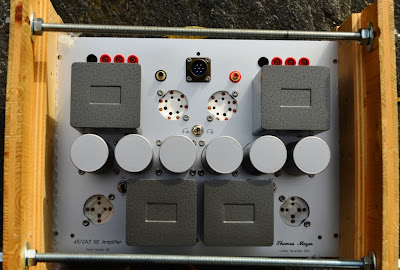 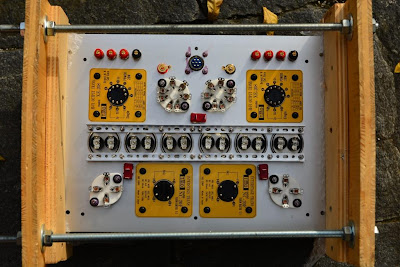 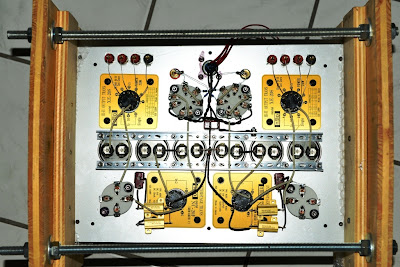 The power supply section with power transformer and capacitors: 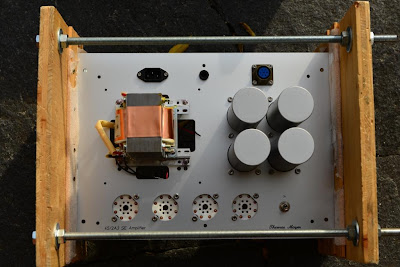 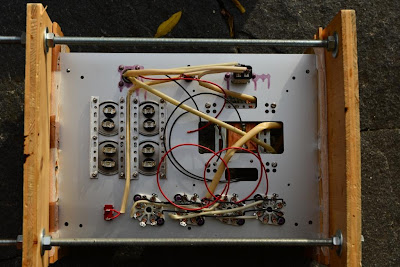 4 Chokes (separate choke for B+ decoupling of each tube), two more caps and the filament transformer for the output tubes are added on the second level: 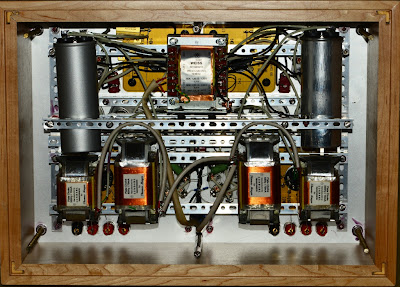 This photo shows the completed amp already in the wooden frame (maple). The filament transformer is located in the amp section rather than the PSU in order to have short wiring of the cathode circuits. 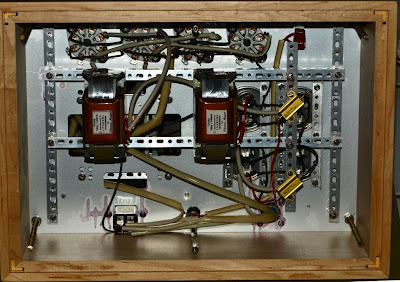 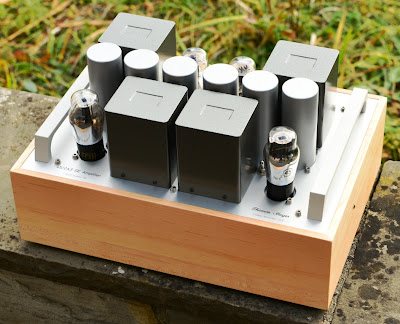 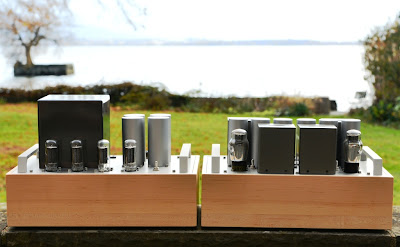 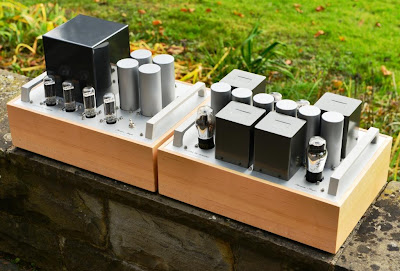 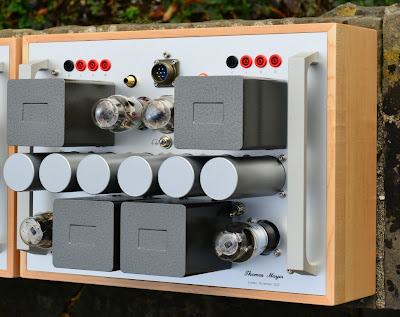 More 45 amps are in the planning. Next will be mono SE 45 amps with another 45 as driver. These will be in a different chassis style. Stay tuned for photos!