General Electric used to be one of the major vacuum tube manufacturers of the US. They pretty much produced every tube type. Receiving, Transmitting and Indusrial tubes. GE is among the oldest companies still in business today. When the Dow Jones index was founded, GE was among the initial 12 listed and the only one of those still in existence. General Elcetric definitely deserves it's own Tube Box Art article. 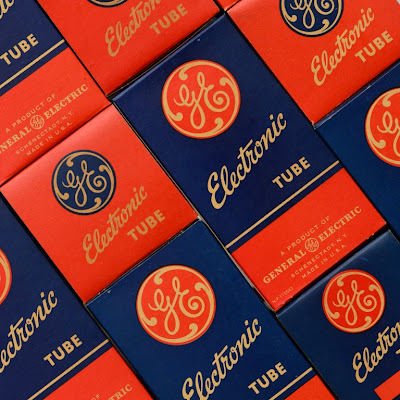 General Electric was founded in the 19th century. RCA was actually a company initially founded and owned by General Electric. They used RCA to distribute their radio equipment and vacuum tubes. That's why no GE branded tubes from the early tube era exist. Until the 1930ies General Electric tubes were sold uner the RCA label, except for maybe some special transmitting and industrial tubes.

Later RCA became an independent company and General Elcetric sold tubes under their own name. A quite interesting fact is that GE re-acquired RCA in the 1980ies.

The boxes shown in the photo above are of the oldest style from General Electric which I'm aware of. Here a photo of the entire box, which cotains a 1602, a special version of the 10Y, selected for low microphony. A very interesting and rare tube which deserves it's own Tube of the Month article. 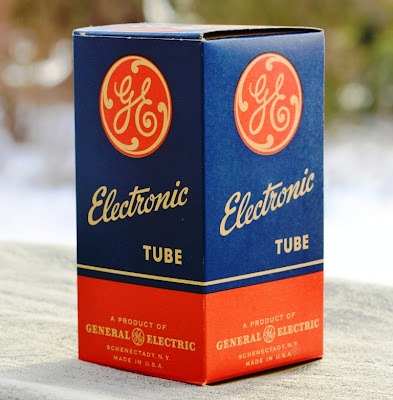 The top side of the box: 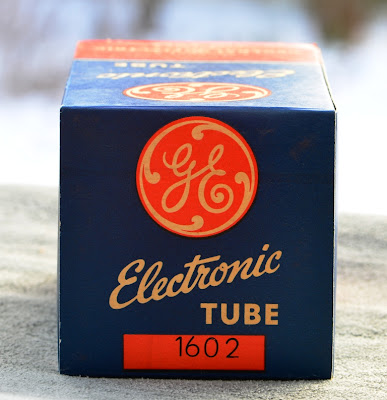 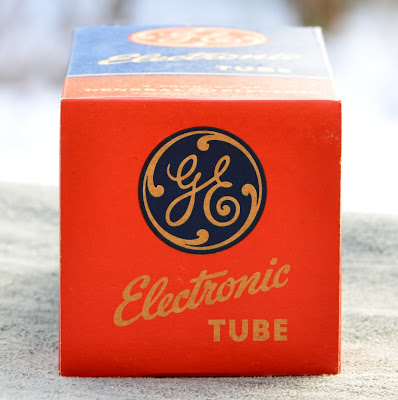 Although not as colorful as early tube boxes from other manufacturers, I like this one a lot. It is among my favorites. The round GE monogram is actually still in use by the company today. This logo has been unchanged for more than 100 years, except for the color.

The same style was used for other, smaller tubes as well: 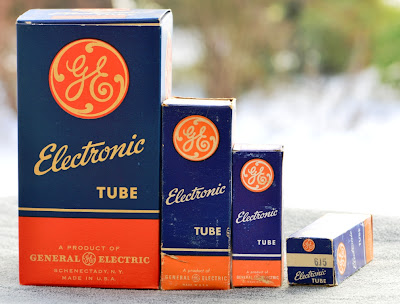 Boxes of the 211 transmitting triode (VT4C) had a similar style: 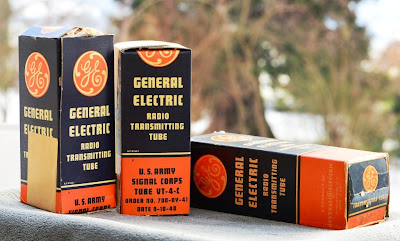 Most tubes for the military were packaged in plain brown boxes. The 211s in the photo above are a rare exception. 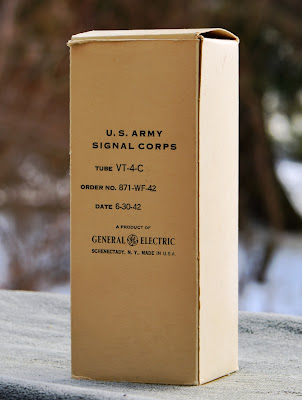 45 triodes packaged in boxes with a slightly altered style: 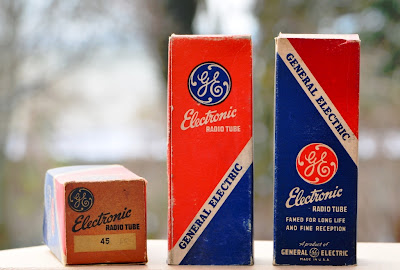 A variant of the boxes above with 'pre tested' band: 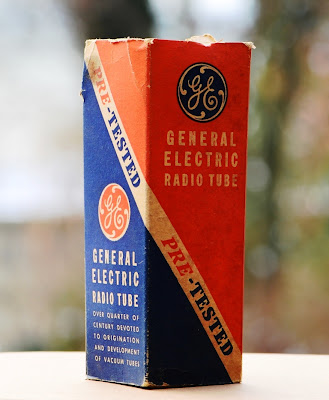 The canadian branch of General Electric had it's own box style with a beautiful stars and planets motif: 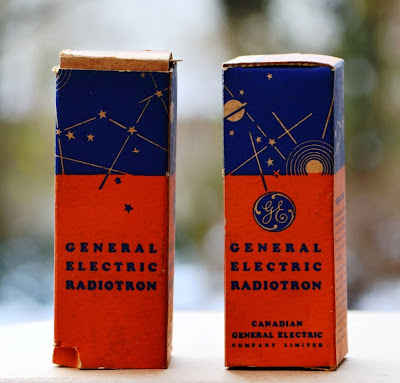 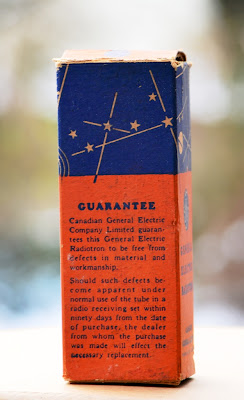 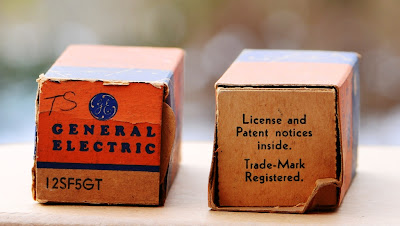 Like their logo, General Electric did also not change the tube box design much. After the above styles these grey/orange boxes came into use, which stayed until GE stopped producing tubes: 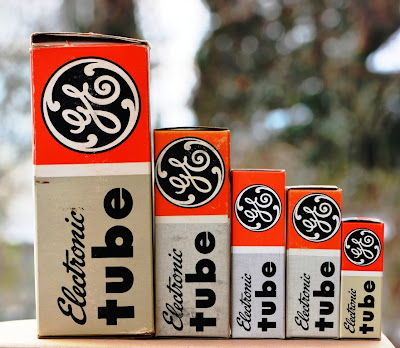 The box of a 801A thoriated tungsten filamentry triode: 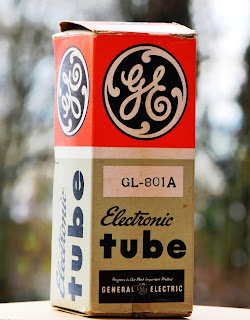 A tray with 5 6AK10 compactron tubes: 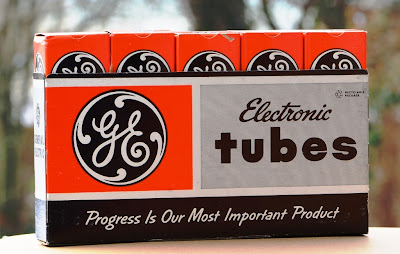