Today I would like to introduce an album of my favorite french jazz musicians: Eddy Louiss. He produced many great albums. My favorite of them all is called Sang Mele: 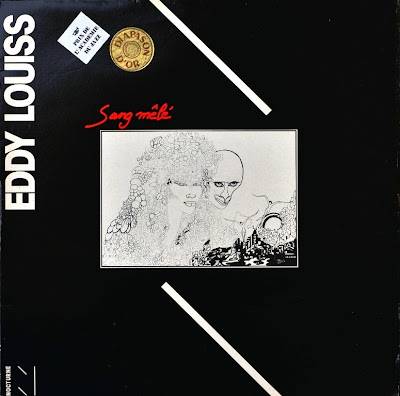 Eddy Louiss is a keyboarder and vocalist but he mainly plays the Hammond Organ. During his career, he worked with many different people. He was a member of the Stan Getz Quartett and played with Jean-Luc Ponty, Michel Petrucciani and others. Some great music came of that, but I prefer his solo albums. 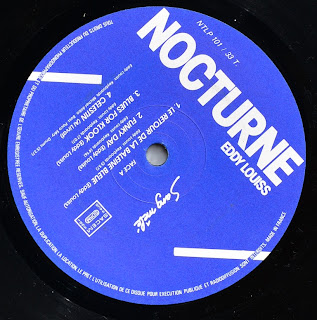 Sang Mele was released in 1987 on the Nocturne label. The entire album is very funky, dominated by synthesizer and sequenzer sounds. No Hammond Organ on this album, still it is my favorite Eddy Louiss record, although I normally prefer the Hammond to modern synthesizers. The first two tracks are very dynamic, funky and rythmic. My favorite track on the first side is the third one 'Blues for Klook'. A slower and more quiet track. It opens with some synth riffs which sound like pulled strings. Later during the track some very low bass rythm sounds kick in. The lowest of those will challenge the bass capability of most systems. Normally I do not like to write too much about the sound aspects of a record in my music reviews. But this track is great for testing how an amplifier is handling a mix of bass and mid/treble sounds. Many amps and even preamps tend to show some sort of modulation of the middle and upper frequencies when those bass sounds kick in. In a good system, the mids and highs will be totally unaffected by the accompanying bass sounds. 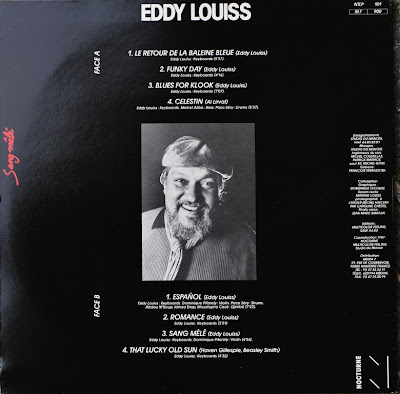 On side two of the album some strings are added to the keyboards on track 1 and 3. My favorite on this side is the last track 'That Lucky Old Sun'. A rather slow track which starts with atmospheric synth sounds underlying a melody played on a keyboard. Again a track which challenges the intermodulation and tracking capabilities of a system. This time the higher pitch keys tend to distort and modulate the underlying sounds on many systems when played loudly.

A great and funky album which I pull out often and which stayed among my favorite records for many years already.

Thomas
Posted by VinylSavor at 13:15