As I mentioned in my post about the High End fair in Munich this show turned into a very interesting event during the recent years. Joe Roberts is right when he says: "You never know who walks in at the fair in Munich". On one of the days at the fair, I got introduced to Dr. Schaffernicht who is one of the last (if not the very last) producers of vacuum tubes in Germany. 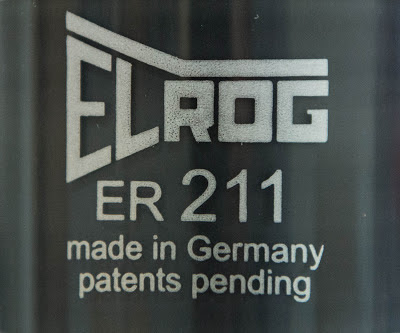 Dr. Schaffernicht is the owner and General Manager of the company ELROG GmbH & Co Elektronenröhren KG. As you can imagine, it was very interesting to talk to someone like this at a HiFi show. But I got really excited when I received an invitation to visit the company. Of course I didn't hesitate and accepted.

The company is in the beautiful area of Mecklenburg, about 100 km east of Hamburg. I took a flight to Hamburg and a car to get there. The area is very green with beautiful roads with trees on either side. 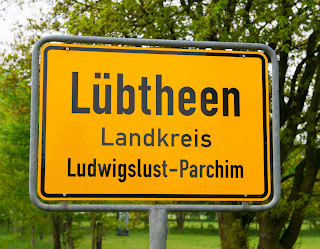 The ELROG facilities are in a city called Lübtheen, which is about 40km south of Schwerin, which is the closest larger city. The company is in a nice Villa in the heart of the town. ELROG used to develop and produce special purpose tubes mainly for aviation applications. For example picture tubes for head up displays or gas detector tubes. They had been very successfull in this business but demand for tubes ceased some years ago. Hence the shift to audio tubes. Dr Schaffernicht has a long history in the vacuum tube industry which spans back to the early 1960s and even late 1950s. 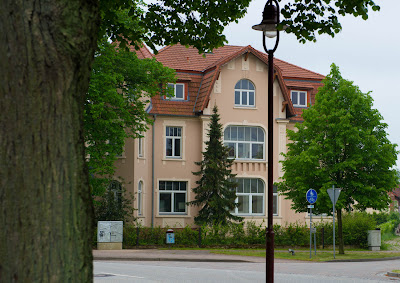 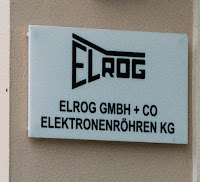 He started his career at Telefunken. His father was the development manager at the famous Telefunken factories in Ulm, which produced the finest tubes in the world, including such precious pieces as the EC8020. After he left Telefunken he built up and ran various businesses. Always vacuum tube related. For example developing and producing Oscilloscope tubes. With this background Dr. Schaffernicht has a vast knowledge in vacuum tube technology and has many many interesting stories to share. 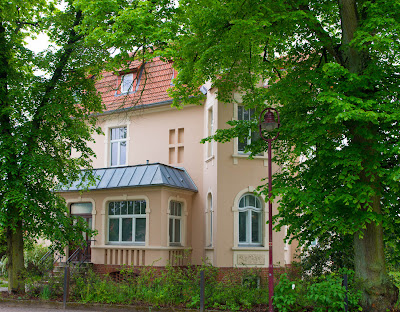 This was an unique opportunity to spend two days with him and to get many insights into the tube manufacturing process and history. 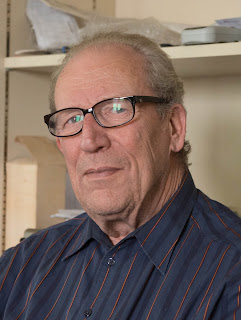 The photo on the right shows the man behind the company. Dr. Klaus Schaffernicht. During my stay in Lübtheen I met him as a very nice person. I was humbled by his knowledge and willingness to share it. I am especially thankful for his hospitality and his permission to write about this visit on my blog. When ELROG decided to produce audio tubes, it was clear from the beginniung that they would not just copy GE or RCA 211s and 845s as all the others do. When Schaffernicht first looked at some old production 211 or 845 tubes he found them to be made very similar to light bulbs in the way how the electrodes are fixed within the glass and how the connections are brought to the outside. ELROG wanted to make something better and unique. Which they fully achieved, not only in the way how the tube is constructed. This becomes apparent when you see the tubes which look quite different to any other 211 or 845: 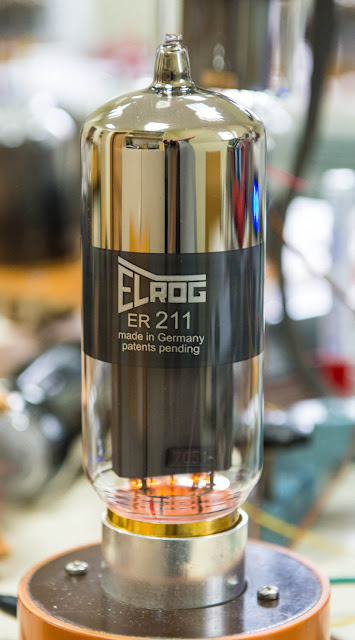 Of course they also have the thoriated tungsten filament. The plates are made of graphite like most of the old production tubes. But the plates are more massive and make a distinct solid impression. During manufacturing the tubes are evacuated through a stem at the top. After evacuation about one third of the tube surface gets flashed with a Barium getter which ensures excellent vaccum throughout the lifetime of the tube. 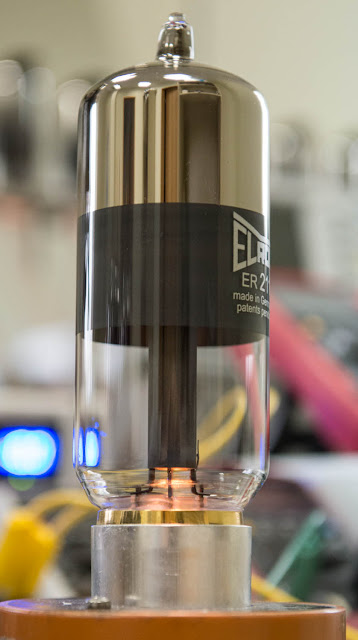 The dark area in the middle of the tube is a coating with graphite. Through this area an electrical connection is made between the plate and the getter. Dr. Schaffernicht hated the idea of a getter which is not at a defined potential but electrically floating as in other tubes. 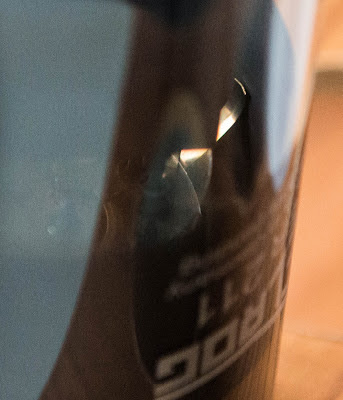 The photo above shows how this contact is made. This is probably one of the reasons for the superior sound of the tubes which has been reported by users of ELROG tubes.

Assembly of the tubes is a manual and labour intensive process. 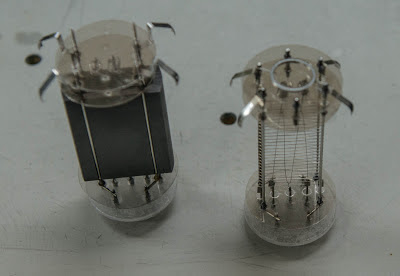 The photo above shows pre assembled triode systems. Filament and grid on the right and the plate added on the left. 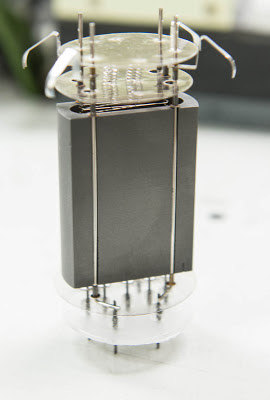 As you can see, the plate is a massive structure which allows higher dissipation than the 75W which are specified for GE 211s for Class A operation. This plate can easily handle 100W. 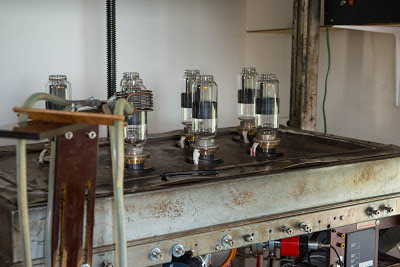 The photo above shows the evacuation process. The tubes are mounted upside down. Evacuation takes many hours. After evacuation is complete, the tubes are sealed and the getter is flashed. This is done by a big coil and application of RF at high power. A big RF oscillator and amplifier is needed for this job. Of course it operates with tubes: 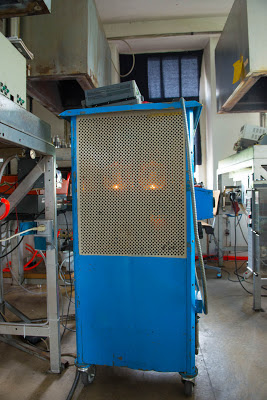 Finished tubes go through an extensive burn in process: 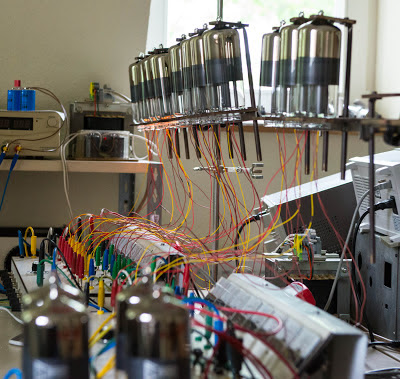 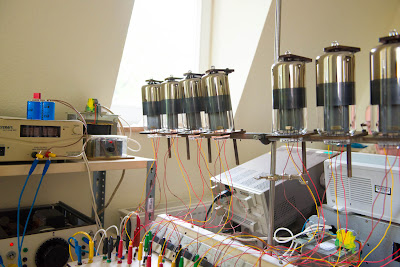 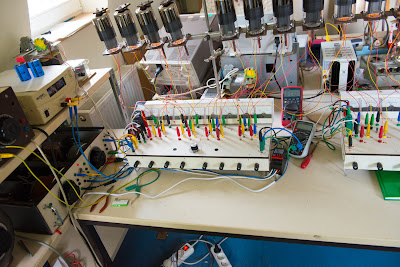 During the burn in the tubes are operated for 50hrs at high current. This releases remaining gases which are trapped in the graphite plates and other metals. Those gasses are captured by the getter which reacts with those gasses and binds them. This is done before the bases are mounted: 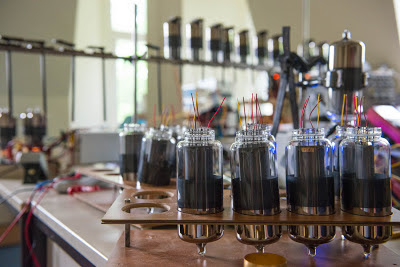 After burn a beautiful brass base is attached to the tube:

Final quality check of tubes which are finished with bases: 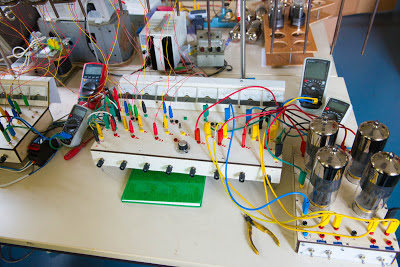 A comparison of a Ug/Ip curve between ELROG and General Electric, the first photo shows a NOS GE 211 / VT4C: 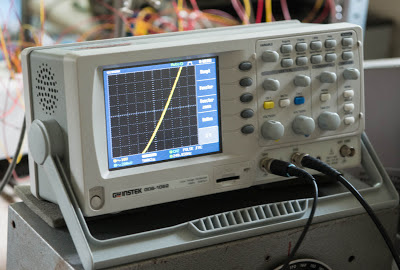 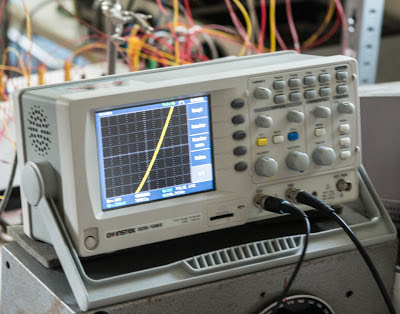 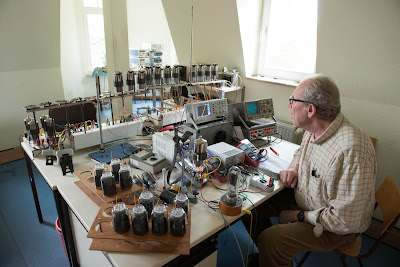 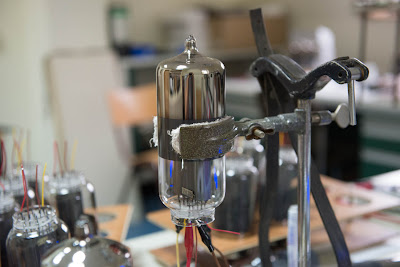 The ELROG 211 and 845 triodes have now reached a mature state and are in series production. I am pleased to announce that these tubes will become available through me shortly! Please send inquiries about ELROG tubes to thomas -at- vinylsavor -dot- de. I will make these tubes available at special introductory prices. They come with a 6 month warrantee for emission which is double the usual industry standard of 90 days and 1 year warrantee for mechanical faults. Full money back guarantee within 2 weeks from purchase in case you are not happy with the sound of the tubes!

Watch this space for updates about ELROG and new developments. This was not my last visit in Lübtheen and I am looking forward to a closer ELROG/VinylSavor cooperation. Stay tuned!

Thomas
Posted by VinylSavor at 10:20

Email ThisBlogThis!Share to TwitterShare to FacebookShare to Pinterest
Labels: 211, 845, ELROG