This is a record which I listened to a lot when I was a teenager and it still has it's charm. Edgar Froese's album 'Macula Transfer'. 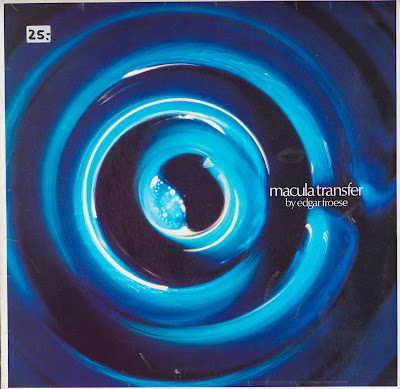 In the 1970ies there was a remarkable electronic music scene in Germany. Most commonly known is the band Kraftwerk. But there were a lot of others: Klaus Schulze, Robert Schroeder, Popol Vuh, P'cock, Jane, Novalis and also quite well known: Tangerine Dream of which Edgar Froese was a member. This is a solo album from him. 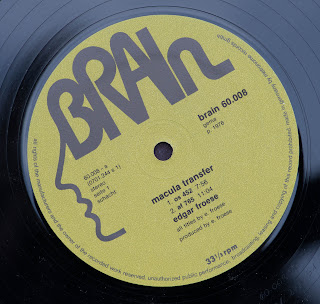 Macula Transfer was released 1976 on Brain Records. This label published much of the german electronic music of that era. This is pure 'artificial' music using all analog synthesisers and sequencers mixed with some atmospheric, heavily distorted guitars and voices. I was never very fond of Tangerine Dream, but I do like this solo album from Froese. The opening track pretty much sets the mood for the entire record. Some synth accords as opener then a rhythm based on bass guitar sets in with some atmospheric sounds. Track two is again mainly composed of very simple synth accords and guitars with an underlying sequencer rhythm which stays pretty much the same throughout the track. The rest of the album follows the same style. This music is not very sophisticated or intellectual, but fun to listen too. The atmospheric old school synth sounds go especially well with tube electronics.

I pulled out this record just recently when an old friend visited. We sat on the terrace with good cigars and drinks and played this record. It was like a blast to the past. 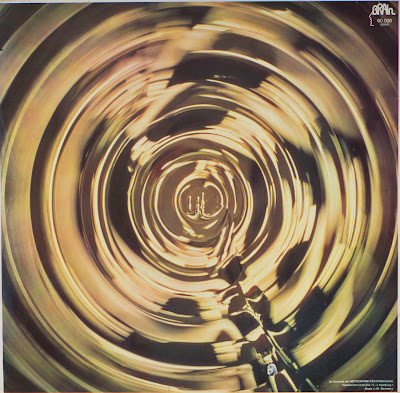