After the 801A / 211 amplifiers are successfully finished, the next project based on the 211 transmitting triode is in progress. This time with an even beefier driver tube, another 211! Of course the german made Elrog ER211 tubes will be used again. 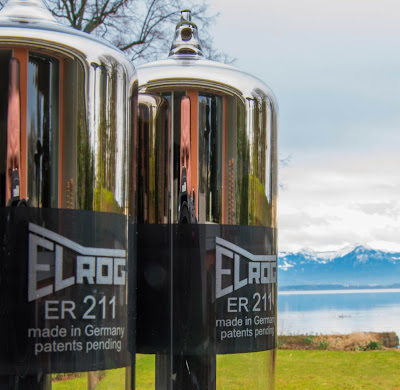 Back in the 1990ies I already built such an amp, which was shown in the famous Sound Practices magazine. Unlike the old one, the new build will get a less extreme power supply. Instead of a three phase supply it will use a more widely usable single phase supply.

Still the size and weight will be quite significant and surpass the 4 chassis 801A / 211 amps. These are all the main components which will go into the amplifier chassis of one channel: 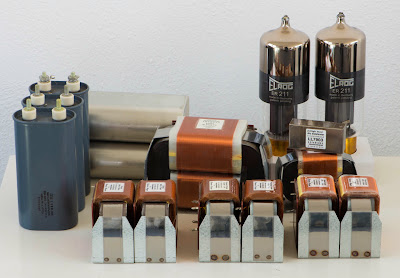 Instead of the Tango output and interstage transformers, Lundahl types will be used. The first build of this amp will be a test bed for the version with all silver transformers. Once the amp is finished and performs satisfactory, it will be rebuild with silver. 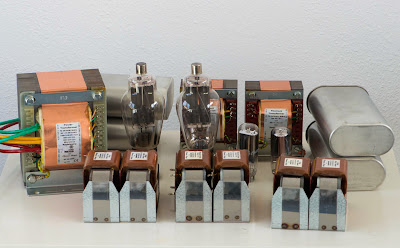 The only difference will be the use of a hybrid rectifier bridge with 866A mercury vapour and 6CG3 TV dampers. Similar as in the PSU of the UX201A Sound processor.

Quite a challenge to fit all these parts into their chassis. These special amplifiers deserve their own unique chassis style. Stay tuned for progress updates about the 211/211 amps.