I got John Zorn's album Spillane as a gift from a friend. This is a great album which I probably never would have bought myself and missed. Thanks a lot to Hartmut who gave this record to me many years ago. I still cherish it! 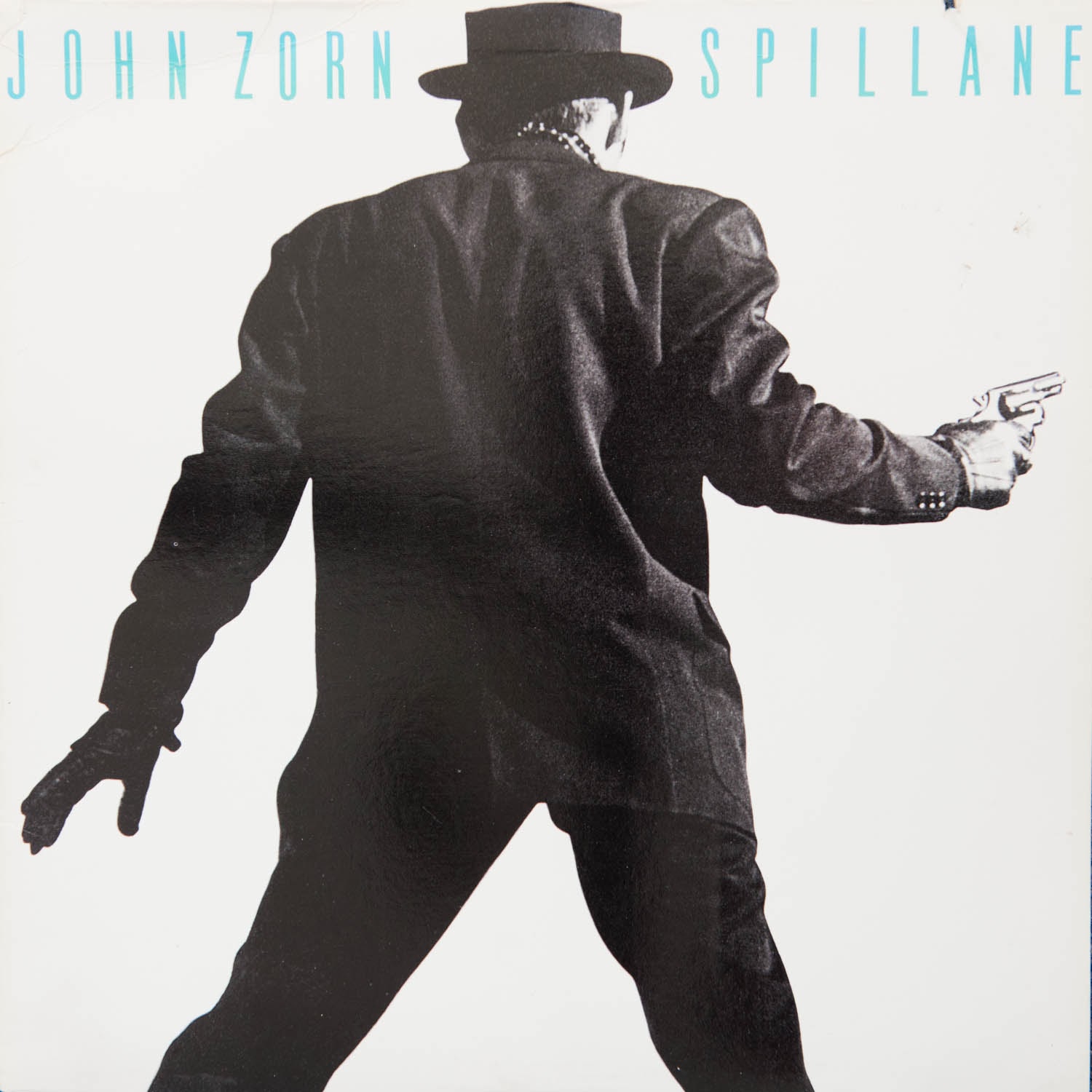 The album could be categorised as avant-garde. It was published 1987 on Nonesuch records. It is meant as a homage to crime novel author Mickey Spillane. The first side only has one long track which is a continuous collage of sounds voice and music sampled from a turntable, occasionally mixed with some instruments. 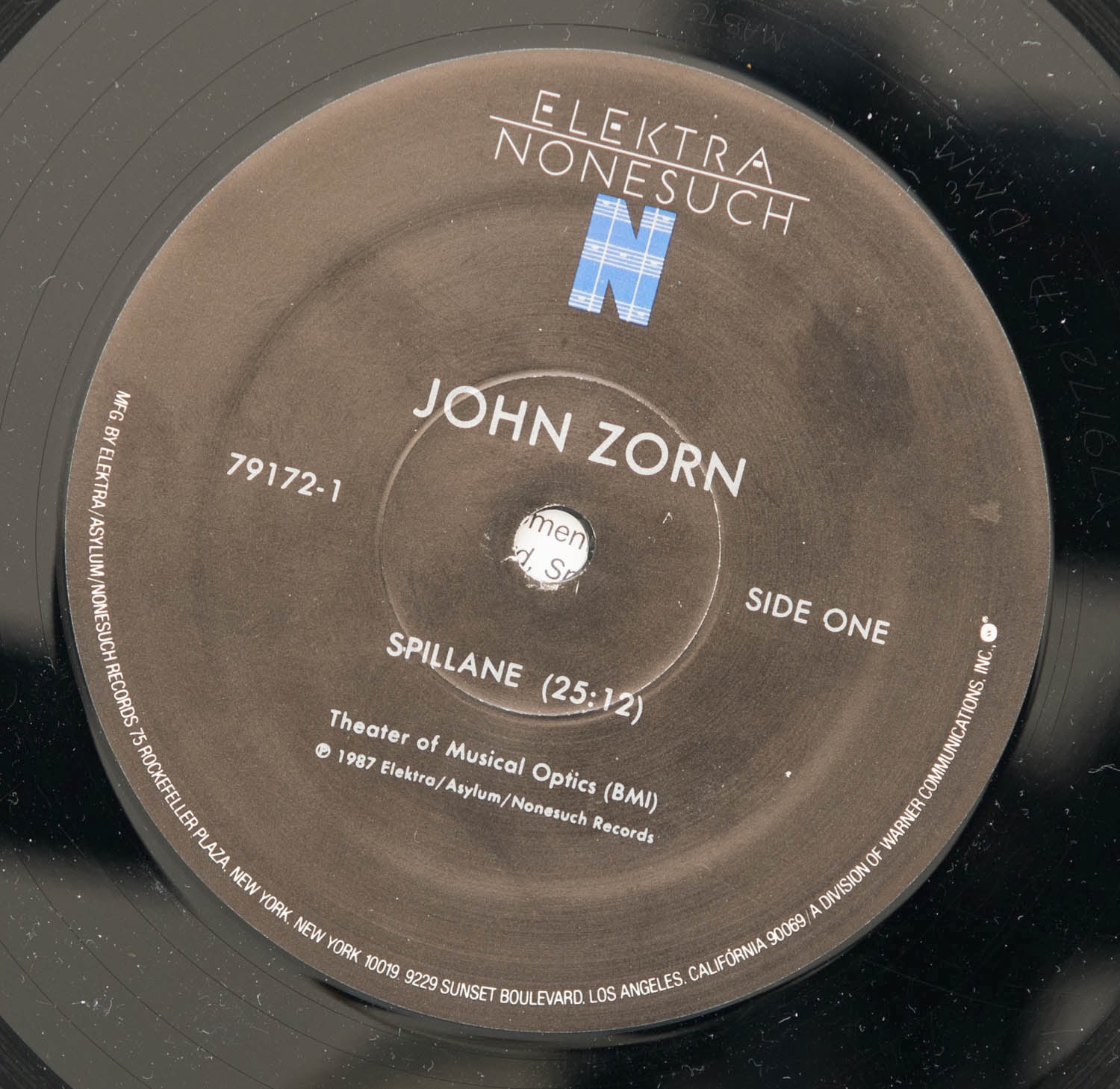 Snippets from movies, TV shows, a voice reading from a newspaper. These sometimes appear like an audio drama or a sound track and intend to give an impression of Spillane's main character, Mike Hammer. The second side begins with a title which Zorn wrote for guitarist Albert Collins. It opens with Collins' bluesy guitar play and could be mistaken for a blues title. But halfway through the track it changes considerably. First with a voice reciting some text. Then a groovy hammond organ joins and it appears like a completely improvised part.


The second and last title and side two is again a rather wild collage of sounds, string instruments and voice. 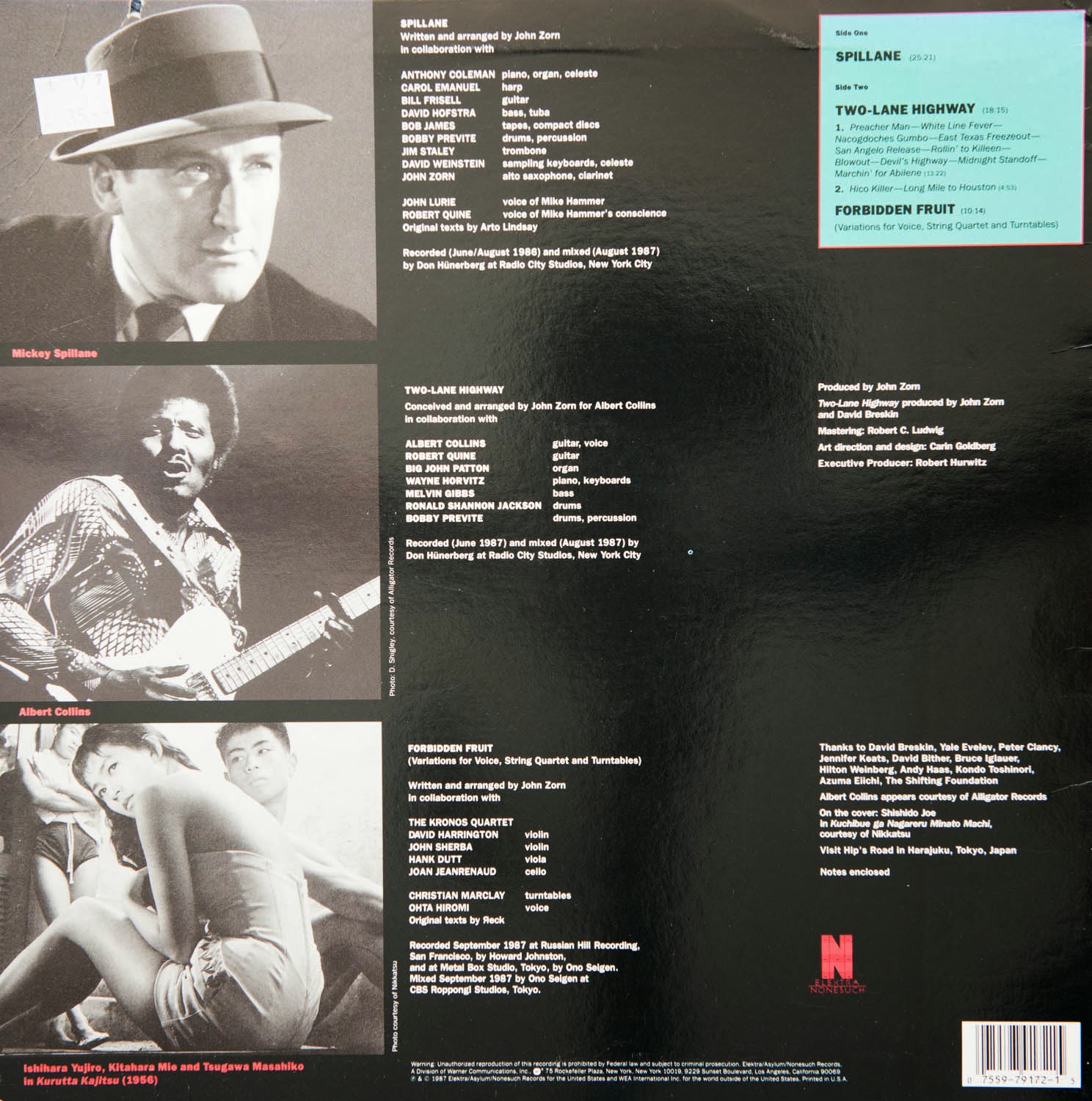 This record is definitely not to everybody's taste but worth checking out. The recording quality is exceptional. Very transparent and neutral. Some of the sounds pop frighteningly realistic out of the speakers. There is lot's of details to discover. A record which can be played over and over again to discover new things.

Thomas
Posted by VinylSavor at 08:28