I have been browsing through my record collection recently and pulled out some records which I used to like a lot a long time ago. It is quite interesting to listen to some of the favourites of one's youth through the distance of time. While some appear quite dusted now, some music seems to resist the passage of time and sounds as fresh as decades ago. In some of my old favourites I now can find new aspects which I didn't realise in the past. I am going to present some of those records in the next few posts of the Music series.

I'd like to start with Deodato's rendition of 'Also Sparach Zarathustra': 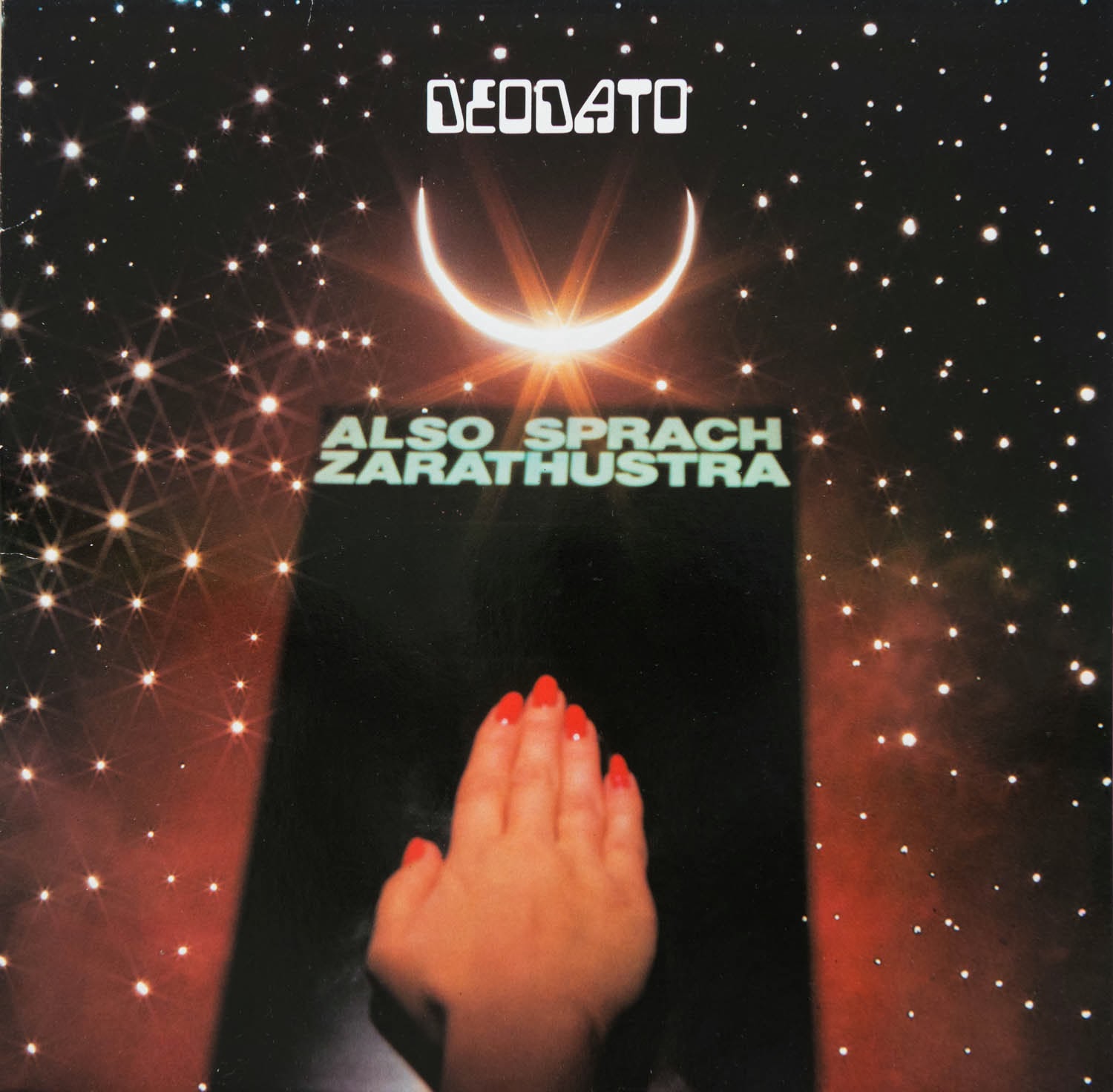 Also Sparach Zarathustra was composed by Richard Strauss. It is a classical piece which became famous to a broader audience when it was used in the sound track of Stanley Kubrick's film '2001 A Space Odyssey'. The Brazilian musician Eumir Deodato created a jazz/fusion/funk version based on Strauss' theme. 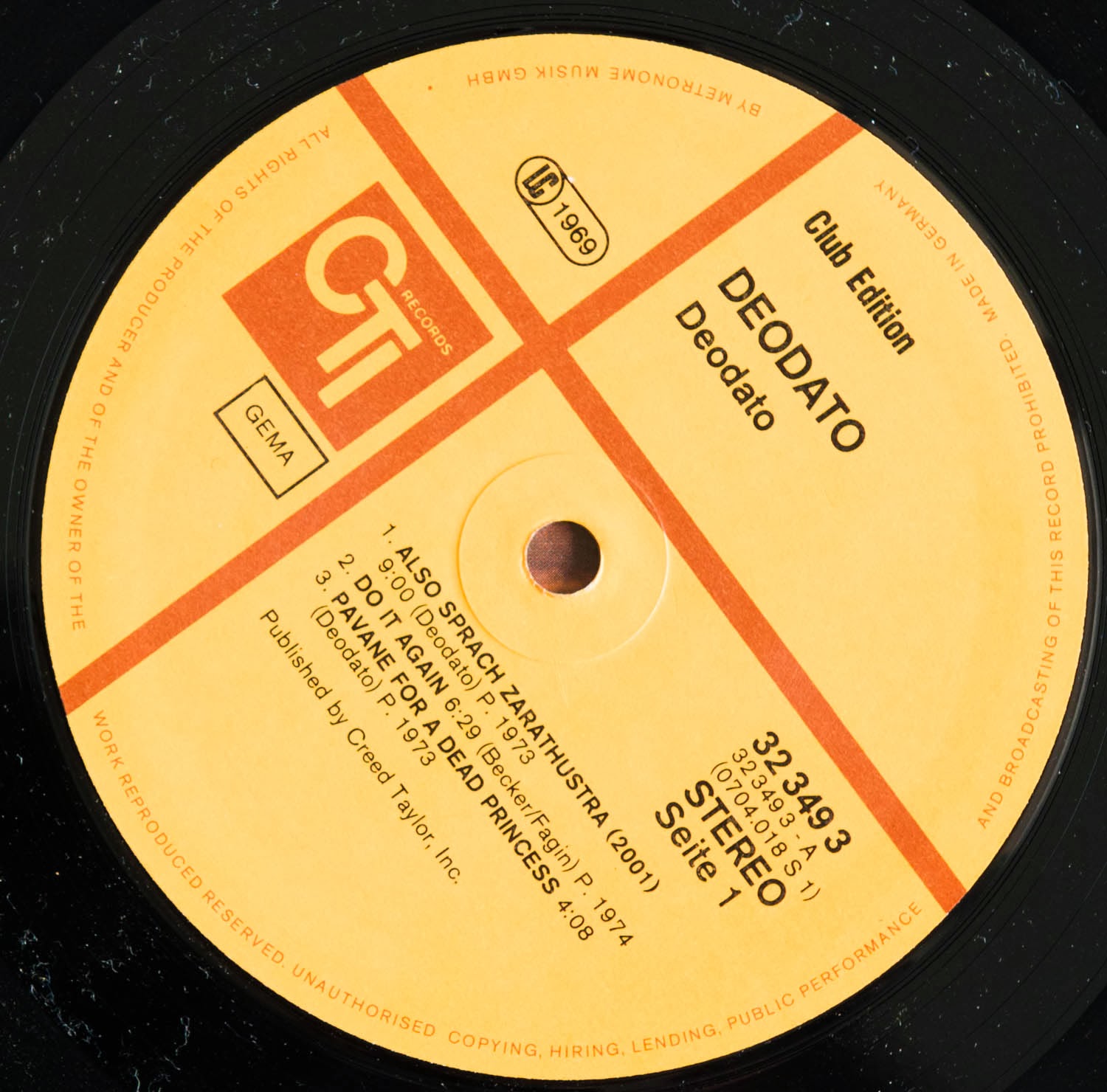 Originally this piece was published on Deodato's album 'Prelude' in 1972. His version of Also Sprach Zarathustra was very successful and made it to #2 in the U.S. billboard charts. Quite a remarkable success for an instrumental jazz single. The record I have is named after the famous title and was published by Creed Taylor, Inc (CTI) and distributed in Germany by Metronome Musik GmbH. The Record starts with the main title. It opens with some percussion and electronic bass sounds resembling the opening of the original. Then an electronic keyboard supported by electric guitar in the background kicks in and the original theme is played by a brass section. Once that part is done it changes considerably with a short bass guitar solo, followed by a very funky keyboard solo. As the keyboarder gets carried away, guitar and brass section join again. The best part starts when the solo is handed over to an extremely funky guitar. It is hard to sit still during this part and not to get up and play the air guitar. 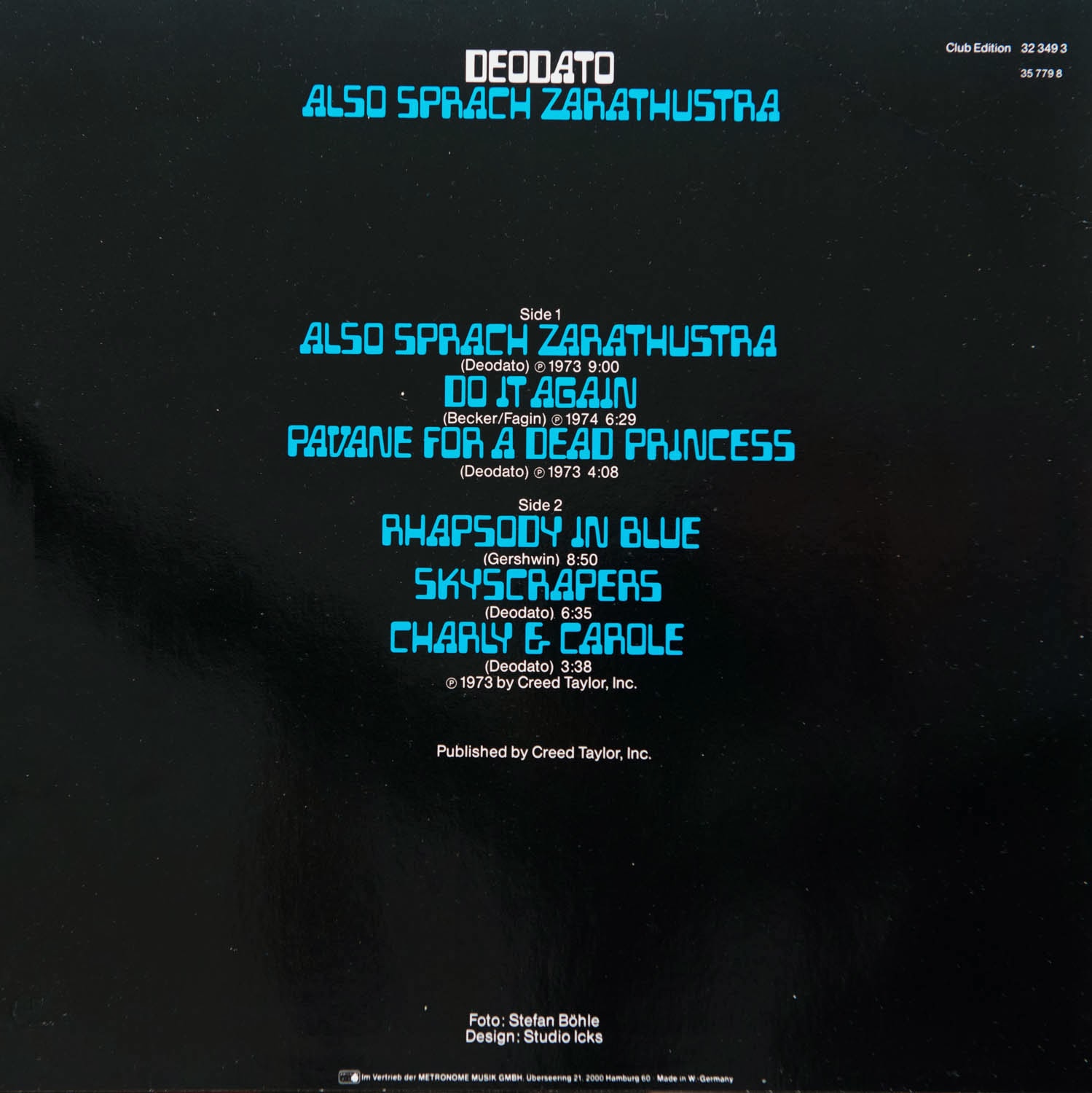 Most of the other titles are equally good. The second title 'Do it again' does exactly that. It starts as funky as the first one ended.

Deodato reinterprets other classical pieces as well like Maurice Ravel's Pavane for a dead Princess or Gerhwins Rhapsody in Blue. Each in the same funky style.

While some aspects of the music, especially the funky guitars and keyboards are clearly 70ies style, the whole album sounds remarkably fresh. 70ies funk is quite popular again for a good reason. Also in terms of sound quality the record is very good with lot's of detail, tone colours and no exaggerated harsh treble which was common in many recordings of that era. Very listenable in terms of music and recording quality.