Another year comes to it's end. This has been the second year since I started the VinylSavor blog. It has been great fun and once again I'd like to thank all my readers. Not all projects which I planned got started, for example the mighty 851 triode which I plan to use for a 150W SE amp is still lying dormant in my basement. But other projects came to life, which I didn't think of a year ago. For example the modular preamp concept and especially the directly heated phonostage. 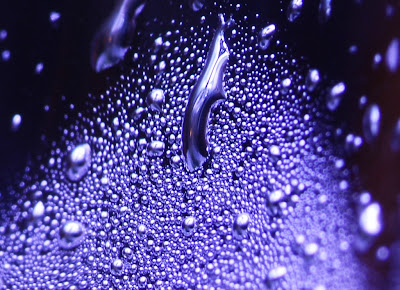 In last years year end post, I showed some photos taken in my home town Lindau. This year I'd like to entertain you with some photos of the magnificent 866A mercury vapour rectifier tube. 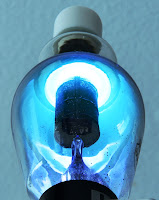 This tube was already covered in a Tube of the Month article last year. In the meantime I improved my photographic skills and took some more photos of this beautiful tube. The first photo above is a close up shot of a 866A in operation. The drops are condensed mercury on the glass wall of the tube. There is a certain fascination and magic about the blue glow of this tube. This glow combined with the rather impressive size of the tube is quite a show. The intensity of the glow depends on the current that is drawn from it. For these photos I made a special rig which holds a single tube. The current is adjustable with a rheostat. A close up shot of the label on the glass: 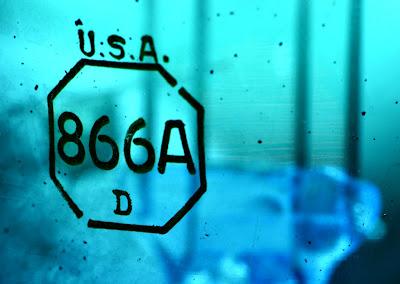 Different views of the entire tube: 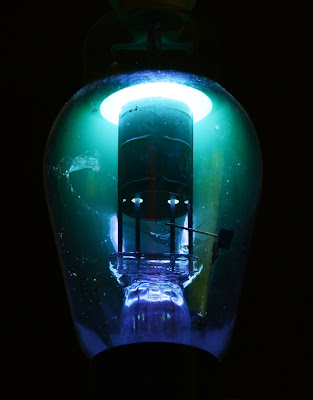 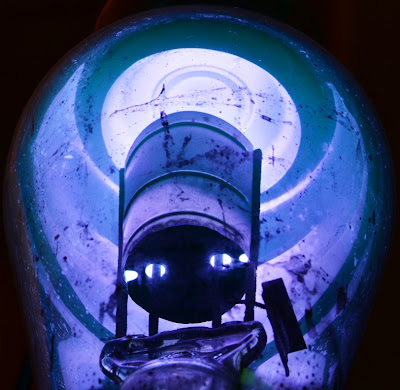 A close up of the glass stem which holds the electrodes: 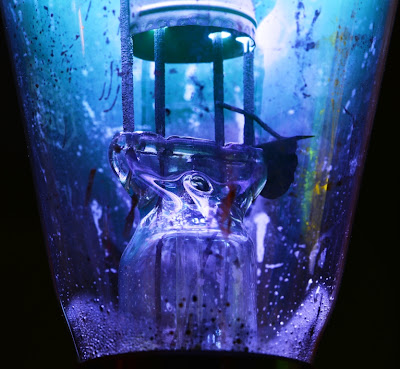 Eerie looking, isn't it? Going closer to the 'eye': 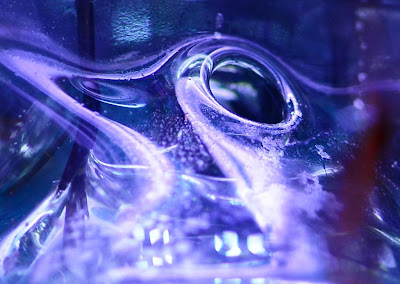 Almost looks like an alien, no? Another view of the glass stem, bathed in blue light: 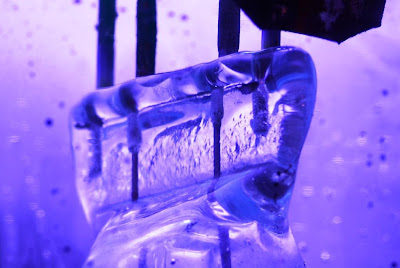 Another close up shot: 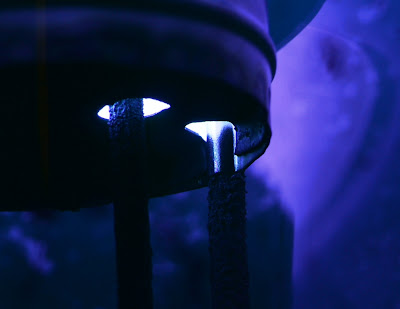 Ok, enough close ups, let's take it outside and have a look at the 866A at night with an almost full moon: 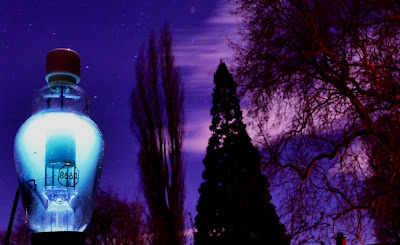 The 866A with lake constance, mountains and the city of Bregenz in the background: 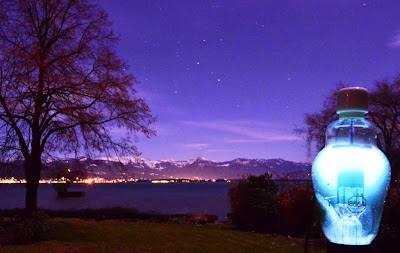 The 866A competing against the moon: 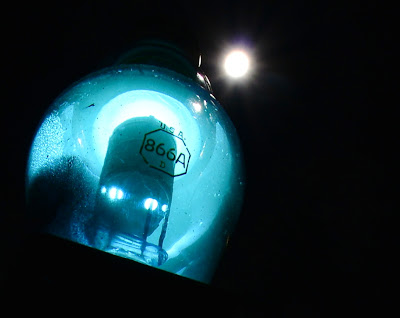 The moon behind some clouds: 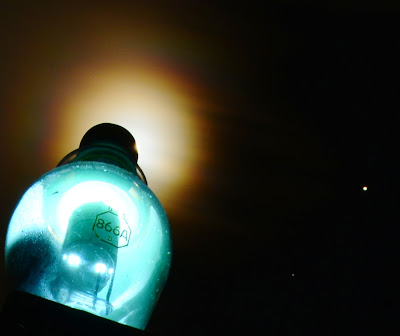 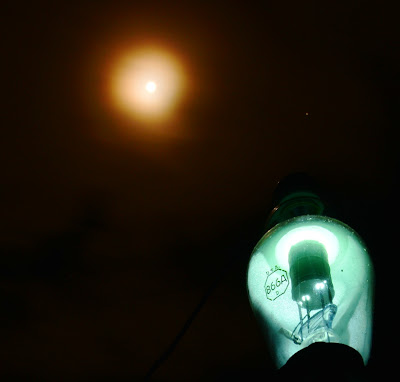 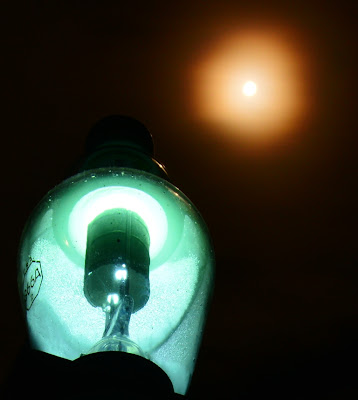 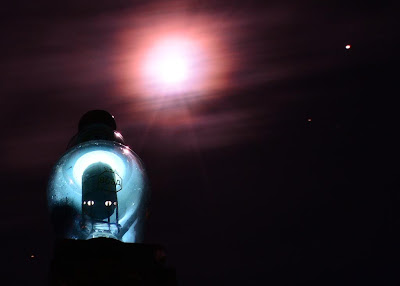 I hope you enjoyed these photos!

All the best for the year 2013 to you and your families! 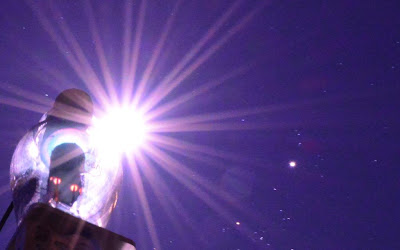 Email ThisBlogThis!Share to TwitterShare to FacebookShare to Pinterest
Labels: 866A