Music : Eddie Heywood, Breezin' Along with the Breeze

Here is another record from my collection. The album called Breezin' Along with the Breeze from piano player Eddie Heywood. 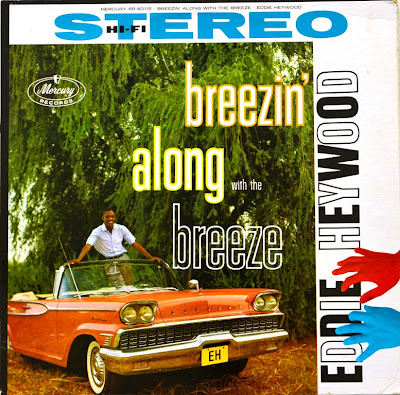 As the title already suggests this album is not really for hardcore Jazz aficionados. It could be almost categorised as easy listening. Good for background music when you sit on the terrace with some friends and have a good time. 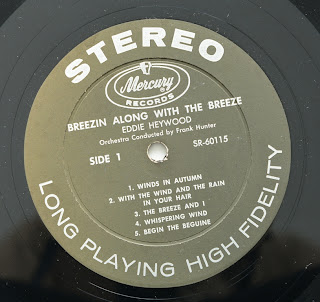 The album was released 1959 on the Mercury label. Like many albums from that era it is beautifully recorded. Not the highest resolution, a bit recessed in the treble, but beautiful colours and atmosphere. Especially the piano is captured nicely, reproducing both the steel character of the strings and the wooden character of the body. Almost the entire album is instrumental with just some back ground choir on the first title 'Winds in Autumn'. And another track on the second side. My favorite title is 'The Breeze and I'. Nice slow and soothing music. This album would also be great during a Jazz listening session with friends to cool off a bit between two Coltrane records. Since Heywood does not seem to be well known or sought after this album can be found at reasonable cost. 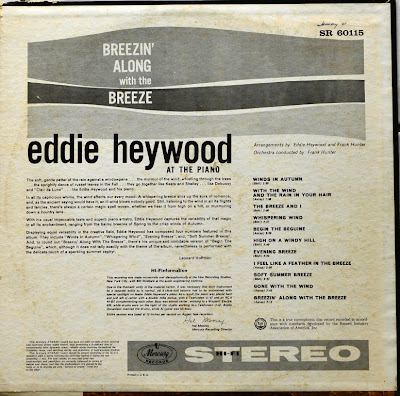 Thomas
Posted by VinylSavor at 10:35