Philco was an american manufacturer of radio and TV sets. Their 'cathedral style' radios from the 1930s were very famous. Philco did nor produce tubes themselves. They sourced them from other manufacturers and applied their own branding. 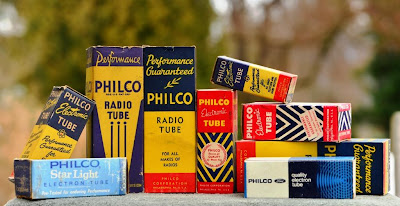 The company was founded in the 19th century under the name Helios Electric Company. Initially they produced carbon Arc lamps ad batteries. The name Philco appeared in 1919, it was short for Philadelphia Storage battery Company. In 1926 they started to produce radios under the Philco brand.

Here a 26 in an early box design. The style actually resembles theappearance of a radio set: 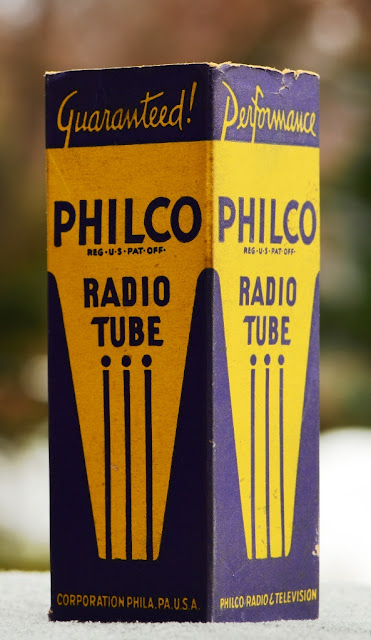 The interior of the box was made such that the tube could be pushed out a little in order to test it withou damaging the box: 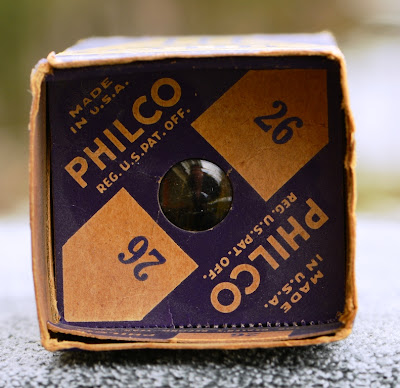 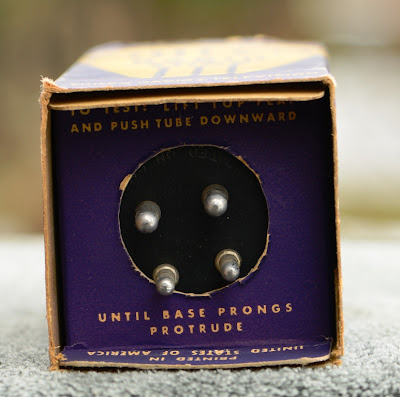 The rectifier 80 in a different style box: 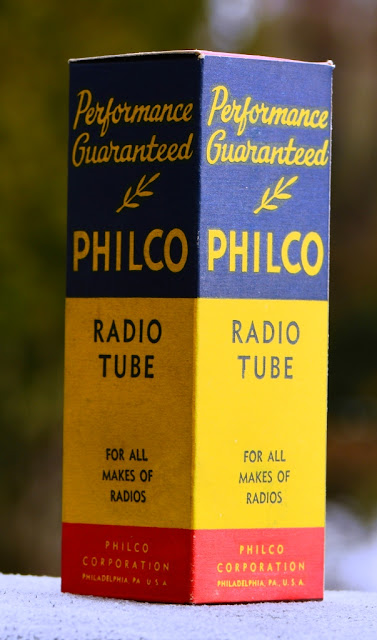 This box does not have the feature of the tube being testable without damaging the seal. The top and bottom flaps: 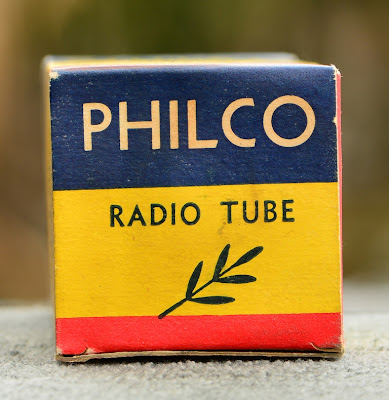 A similar style box was also used for other tube sizes Like Octals and 9-Pin miniature tubes: 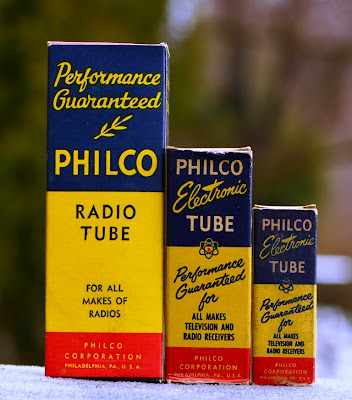 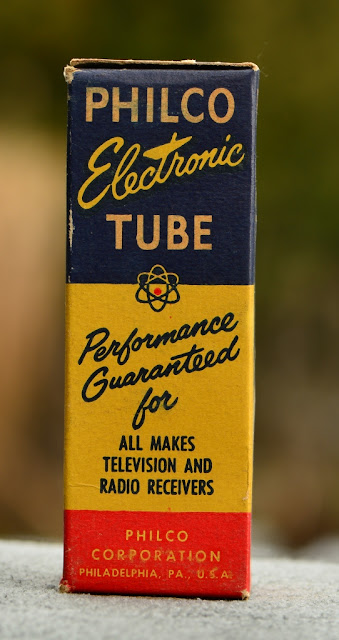 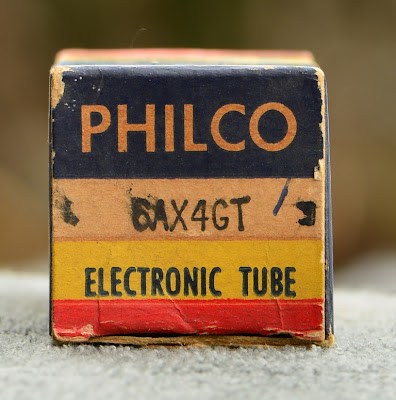 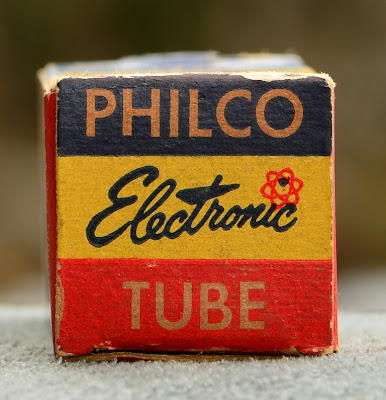 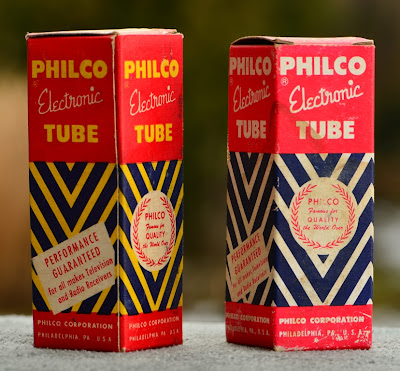 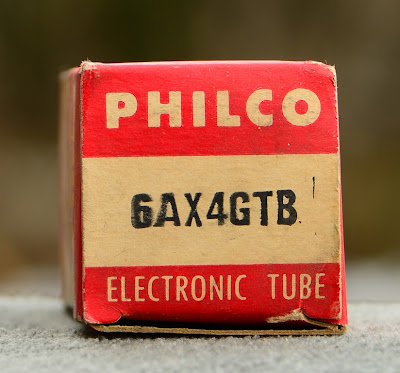 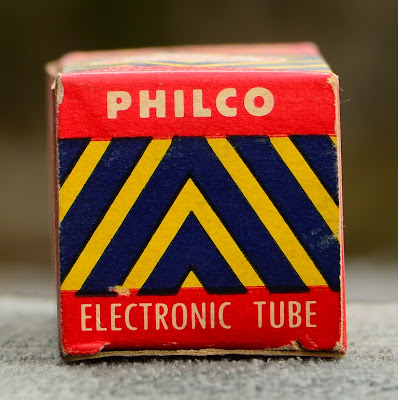 These boxes had prominatly displayed quality and performance claims: 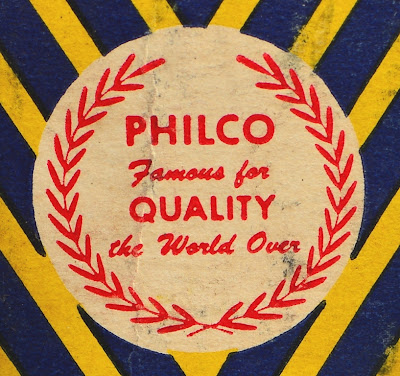 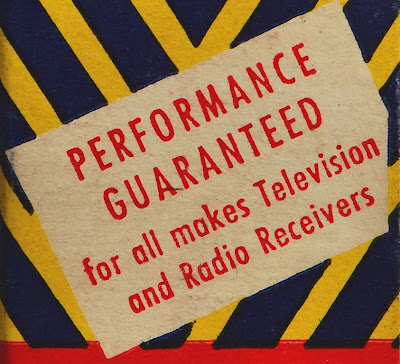 The company wet trough a lot of changes throughout it's history. After the radio era they produced TV sets and were actually quite famous for very unusually and modern styles. In the 1950ies they also developed and manufactured computers and even electronics for space missions. 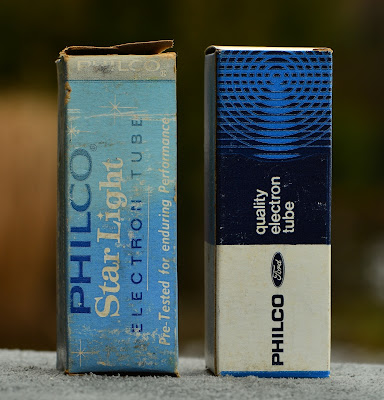 The left one contains a 6GL7 a tube meant to be used in a TV set of their Staright series. The right box is from a time when Phico was acquired by Ford, for which they produced car radio sets. 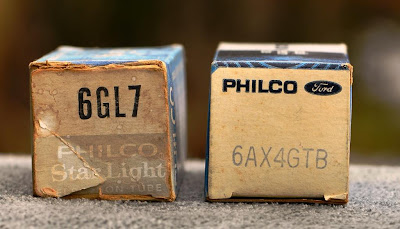 Ford sold Philco to GTE (who also used ot own Sylvania) who then sold it to Philips. Philips bought Philco 1981 for the name brand. Due to the similarity of the names Philips could not sell products under their name before they axquired Philco. That's why Philips used different brands like Magnavox and Norelco before that time.

Thomas
Posted by VinylSavor at 15:33