First I'd like to thank Holger Barske who was so kind to send me photos which he took of equipment which I brought to the European Triode Festival in 2009. First photo is a close up of a single ended 801A amplifier: 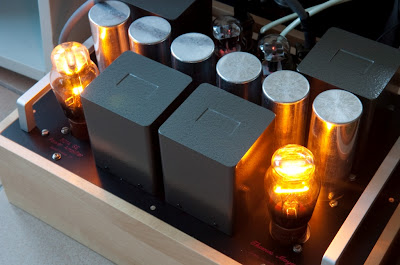 This is a Stereo Amp with external PSU. 6N7 Driver stage, transformer coupled to 801A. All Tango transformers. 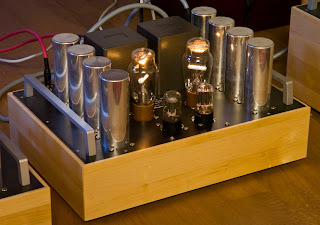 This is another version of SE 801A amp. Same configuration as the other, but with a mix of Lundahl interstage and Tango output transformers.

This one is also powered from an external PSU.

One of the PSUs is shown in the next picture. It can be configured for various voltages so it is usable with different amplifiers.


The PSU has different rectifier sockets which are wired in parallel. It can use either of these: 5R4, 5U4, 5X4, 83, 5Z3 or a pair of TV dampers like 6AX4, 6AU4. There is a separate rectifier for the driver, a 6BY5. The filter can be configured for either choke or capacitor input. 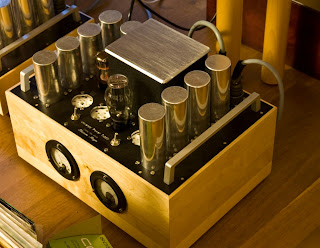 Next is a picture of different amps. The 801A again in the front row left and a single ended 6CB5A amp besides it. In the second row is a mono 211 SE amp with it's PSU. In the back on the right side you see a power supply of a preamplifier. And finally a SE 300B in the left corner in the back: 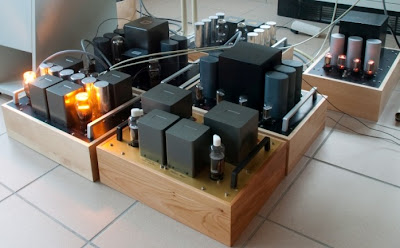 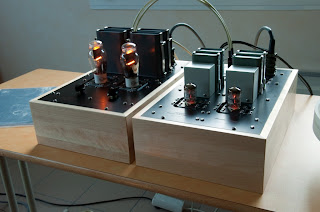 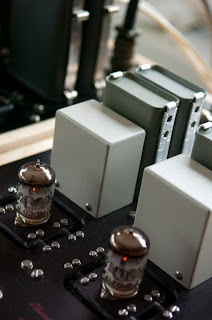 Another univeral power supply with 866A mercury vapour rectifiers: 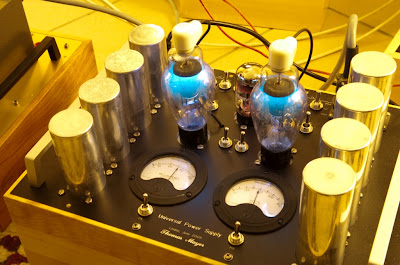 And here a picture of the complete system which was presented at the ETF09, besides the right speaker in the fron there is a SE 45 amp with it's power supply besides it:

Email ThisBlogThis!Share to TwitterShare to FacebookShare to Pinterest
Labels: Gallery